To go out in search of news 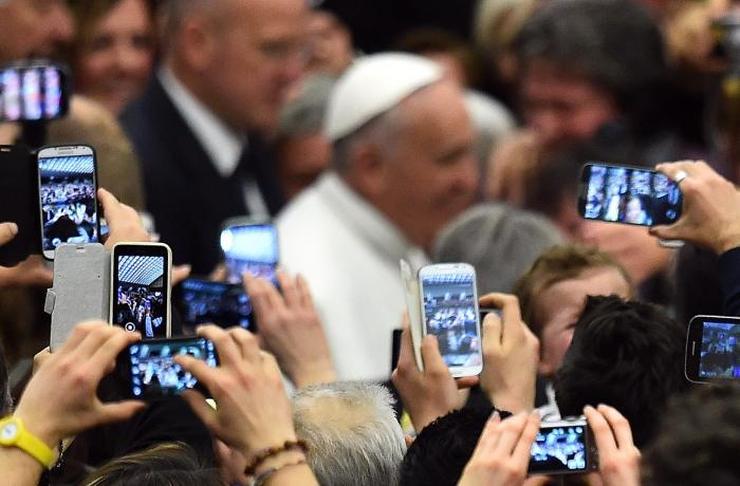 In his message for the 55th World Communications Day, which will be commemorated on Sunday, May 16, Pope Francis has challenged Catholic journalists to go out in search of news and aim for first-hand information, while shunning unverified news reporting.

“The crisis of the publishing industry risks leading to a reportage created in newsrooms, in front of personal or company computers and on social networks, without ever “hitting the streets”, meeting people face to face to research stories or to verify certain situations first-hand,” the Pontiff said in the message.

“Any instrument proves useful and valuable only to the extent that it motivates us to go out and see things that otherwise we would not know about, to post on the internet news that would not be available elsewhere, to allow for encounters that otherwise would never happen,” reads an excerpt of the Pope’s message and adds, “Unless we open ourselves to this kind of encounter, we remain mere spectators, for all the technical innovations that enable us to feel immersed in a larger and more immediate reality.”

According to Pope Francis, there has been concern that “original investigative reporting is being replaced by a reportage that adheres to a standard, often tendentious narrative,” an approach which is “less and less capable of grasping the truth of things.”

This year’s World Communications Day will be celebrated under the theme; “Come and See,” emphasizing on communicating and encountering people as they are and where they are.

The Pope’s document highlights that the “invitation to ‘Come and See,’ which was part of those first moving encounters of Jesus with the disciples, is also the method for all authentic human communication.”

“In order to tell the truth of life that becomes history, it is necessary to move beyond the complacent attitude that we ‘already know’ certain things,” the Pope narrates and continues, “Instead, we need to go and see them for ourselves, to spend time with people, to listen to their stories and to confront reality, which always in some way surprises us.”

Pope Francis points out “open your eyes with wonder to what you see, let your hands touch the freshness and vitality of things, so that when others read what you write, they too can touch first-hand the vibrant miracle of life.”

The Pontiff underscores that this year’s theme can serve as an “inspiration for all communication that strives to be clear and honest, in the press, on the internet, in the Church’s daily preaching and in political or social communication.”

He further applauded journalists for their commitment and courage to risk their lives in carrying out their work and the “ability to go where no one else thinks of going: a readiness to set out and a desire to see.”

Emphasizing the significance of encountering people face to face for preciseness in news reporting, the document explains that, “In communications, nothing can ever completely replace seeing things in person. Some things can only be learned through first-hand experience. We do not communicate merely with words, but with our eyes, the tone of our voice and our gestures.”

Besides, according to the scriptures the Pope narrates that “Jesus’ attractiveness to those who met him depended on the truth of his preaching; yet the effectiveness of what he said was inseparable from how he looked at others, from how he acted towards them, and even from his silence.” Thus, “the disciples not only listened to his words but also watched him speak.”

The World Communications Day was established by Pope Paul VI in 1967 with the first theme focusing on “Church and Social Communication.”