Oral Literature: The Man-in-the-Moon and his Wife 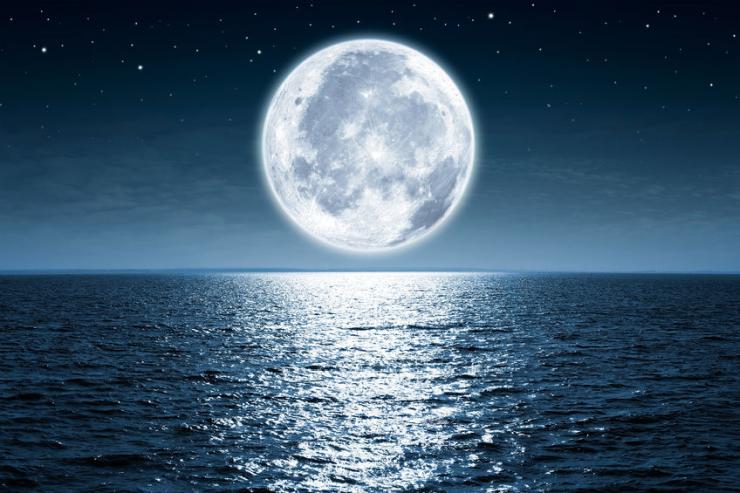 Long, long ago, the man-in-the-moon and his wife Atai, had a quarrel which led to very strange results. These two were the royalty of the skies once the sun had gone down. The man you all know, he looked then as he does now. Sometimes he was smiling, sometimes he looked grim. His wife was the greatest and brightest of the stars, all the other stars were her servants. When she came out, they grouped themselves round her, and secretly they thought she was just as splendid as the moon, and that she was very much more useful, and that they were also.

They had some reason on their side, for sailors guided their ships by the position of the stars, and many wise men believed they could foretell the future by studying them. This included not only events of great importance, but the future of human beings according to the stars that were shining when they were born. The moon on the other hand could only travel through the heavens and shed light.

After some time, the man-in-the-moon began to hear whispers of all this, and he became jealous. He had been shining long before people thought of building ships, or foretelling the future, and he didn’t like these new-fangled notions which threatened his supremacy. So, he became very angry, and decided not to shine at all, or to allow the stars to shine either. In order to prevent them doing this he sought the support of some of the elements. He sought out the rain, and thunder and lightning. “The stars are becoming conceited – he told them-. They think they have command of the heavens, and they have to be taught better!”

After a good deal of talk of this kind he persuaded the elements to do their worst. The rain poured down, thunder crashed, and lightning flashed. The earth darkened, the rivers were flooded and over-ran the earth. Trees were swept away, low lying country was overwhelmed with water, animals and birds were drowned, and the people of the earth were driven into caves and on tops of high mountains, where they led the most miserable existence.

Days passed in this way. The people starved and froze because even the sun could not make any impression on the deluge, and it seemed as if the whole world must be destroyed. The man-in-the-moon didn’t care, however. He retired well content because his wife and the other stars couldn’t shine.

Atai was furious, and sulked, and vowed that the deluge could go on for ever as far as she was concerned. Her husband had prevented her shining, but he couldn’t shine himself either. In fact, being idle didn’t improve either of their tempers, while the stormy elements who had never had control over the world before, were thoroughly enjoying their power.

Down below, man, the unfortunate victim of this celestial quarrel, was in terrible straits. He prayed and made sacrifices, and everyone blamed everyone else for offending the Gods, and as a result people began to quarrel and make war among themselves.

Their troubles were increased by the fact that they were preyed upon by wild animals, and had to keep great fires burning in the caves to frighten the beasts. At night, beyond the ring of fire, men-could see the eyes of fierce lions, tigers, and wolves, waiting to attack them. This was not because lions, tigers and wolves preferred to eat men, they did not, but the animals they usually stalked were becoming more and more scarce.

At length the little stars became very perturbed at the deadlock. They approached Atai and petitioned her to abandon the quarrel. They suggested that there should be some agreement between the moon and the stars. When the moon was at his brightest the stars could remain in the background, and when the moon had retired the stars could have the heavens to themselves. They pointed out that if the stormy elements continued to hold power, there would be no light on earth, and that indeed after a time there would be no earth left.

Atai, who was by this time very bored with the quarrel, at first pretended indifference about what happened in the future, but eventually the little stars persuaded her to allow them to go to the man-in-the-moon, and make peace offers. Their reception was better than they expected because he was in no way happy about his own position. He wasn’t ruling the heavens, and he had lost his wife. When the little stars put their suggestions before him, of course, he had to pretend a certain amount of indifference.

“I am very glad that you come in this spirit – he informed them -. It cannot be disputed that I am the real ruler, but I do not wish this foolish quarrel to continue. For my own part, I am prepared to remain in retirement, but I feel I have responsibilities to the earth. If the present state of affairs continues the earth will be ruined.”

The little stars enthusiastically supported this view, and were very complimentary about his unselfish spirit. They then went into possible terms of settlement, and after a great deal of discussion the moon agreed. It was arranged that the new plan should start forthwith. But the man-in-the-moon found himself with another problem on his hands. The elements having been given control were not prepared to abandon it. Finally, a three-cornered agreement had to be made. Sometimes the moon would shine and the stars would be comparatively dim. When the moon retired the stars would come out in their full splendour, but there was to be a third period when there was complete darkness with rain and storms.

The man-in-the-moon and his wife patched up their quarrel, and have remained on the best of terms ever since. Some people consider that there is nothing more beautiful than a full moon slipping across the skies, others love the splendour of the stars. Wise men write books about them, sailors navigate by them, and astrologers claim to read the future in the starlit heavens.

But no one is happy when rain and storms sweep the earth. Gentle rain is welcomed, of course, but not the floods, and thunder and lightning, but man has had to accept them, for they come as regularly as night and day. In the rainy season man has to take cover and exist as best he can until the storms pass, and the fine weather returns once more.