South Africa at the crossroads 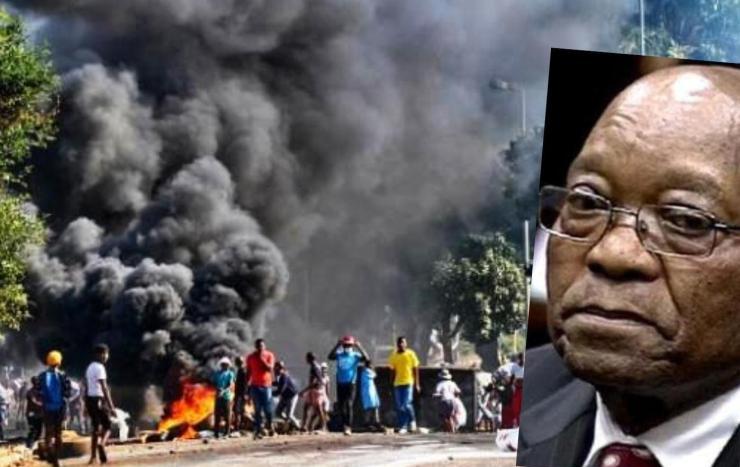 Now is a critical time for South Africa, a major test of its institutions and leaders. Former President Jacob Zuma (79) is finally behind bars.

The Constitutional Court, the country’s Supreme Court, will hear his appeal against a sentence of 15 months imprisonment for contempt of court. By refusing to testify Zuma defied a Judicial Commission of Inquiry into Allegations of State Capture (systemic corruption in which private interests significantly influence a state’s decision-making processes for financial gain).

South Africa’s constitution includes important institutions intended as protections for democracy and guarantor of citizens’ rights.  The office of Public Protector, reporting to Parliament, is an independent body designed to monitor government maladministration and corruption. In March 2016, the Public Protector, Thuli Madonsela, set in motion an investigation into allegations against Zuma. It was widely believed that three businessmen brothers, the Gupta family, in cahoots with Zuma had been selling top ministerial appointments in exchange for highly favourable business deals and contracts.

The investigation itself was the result of a civil complaints procedure initiated by Father Stanislaus Muyebe, the vicar-general of the Dominican Order in southern Africa, and a second complaint by the main Opposition Party, the Democratic Alliance. The final lengthy report of the investigation was worrying enough for the Constitutional Court to implement Madonsela’s recommendation to set up a Judicial Commission of Inquiry. Zuma was finally forced to resign in 2018 after nine years in office.

I only met Zuma once some forty years go. He suddenly appeared from behind a bush in the then Salisbury capital of Rhodesia/ Zimbabwe. I was with Rev. Frank Chikane, the future secretary-general of the South African Council of Churches (SACC), then and now a prominent and courageous advocate of human rights and democracy. Frank was meeting his brother, an active member of the external ANC. At the time, the ANC camps in Angola and Zambia had been infiltrated by apartheid agents and in an atmosphere of paranoia scores of alleged ‘sell-outs’ had been executed. Zuma was head of ANC Intelligence. Even in that fleeting encounter he struck me as a frightening and dangerous man.

In 1994, not long after he stepped down as President of Zambia, I accompanied the late Kenneth Kaunda (KK) monitoring South Africa’s first fully free elections. His recent death reminded me of so many unanswered questions about the leaders of the African liberation movements. How had they managed the transition from political activist or guerrilla fighter to holder of high office in an independent State? Why in the case of Kaunda, a pious Christian and a thoroughly decent man, was the one-party State a natural default position? In the case of Zimbabwe, did its first President, Robert Mugabe impart a sense of entitlement to wealth through power the result of suffering, persecution and prolonged imprisonment under collapsing colonial or settler rule? A kind of reward?

The heady atmosphere of optimism and idealism, the euphoric crowds voting during the 1994 elections, are long gone. Even then there were serious threats. Kauda was assigned to KwaZulu-Natal where Inkatha, the Zulu tribal movement, was shaping up for a war with the ANC.  Violence that could derail the process of the elections. Kaunda had a retinue of two: a Zambian bodyguard impeccably turned out in military uniform and myself as bag-carrier and general factotum. We were lucky. The Zulu leader Gatsha Buthelezi backed off after intensive lobbying. Instead of carrying machetes and guns the young men we met in our first small town were having a wonderful time talking into walkie-talkies and acting as if they were a Presidential protection unit. Sadly, intercommunal violence was to pick up after the elections.

Kaunda stopped at Pietermaritzburg for a night-time vigil in an Anglican church. We had a row of pews to ourselves with the bodyguard seated two places away on the left of Kaunda and myself on his right. Archbishop Desmond Tutu and Denis Hurley, the Catholic Archbishop of Durban, were to give short homilies. During a silent period for prayer out of the corner of my eye I saw a stocky white man barrelling down the left aisle. He stopped at the end of our row. He looked disturbed. It didn’t look good.

As he pushed along the row towards us it looked bad. To my amazement the bodyguard let him pass, sit down next to Kaunda and start sobbing. Kaunda handed over his signature handkerchief and held the weeping man’s hand. The man blurted out that he had come to ask forgiveness. He had been on a South African commando raid into Zambia which had killed several people. Kaunda said a few gentle words. Somehow both the bodyguard and Kaunda had known this white intruder was intent on confession, truth, and reconciliation, not assassination. It was a mysterious moment but in retrospect caught something significant both about South Africa in 1994 and Kaunda’s personality and leadership.

Kaunda and my friend, the SACC’s Rev. Frank Chikane, owed much to a Christian humanism that allowed them to move seamlessly between the political and the religious.  Chikane survived neurotoxin poisoning by the apartheid security police and became in 1999 Director-General in Thabo Mbeki’s presidential office.

In July 2010, Frank courageously publicised his insider blow-by-blow account of the de facto coup by which Zuma forced Mbeki’s resignation and came to power as President. Chikane now has a leading role in the nationwide Defend Our Democracy Movement, a coalition of NGOs, religious bodies and lawyers.

Chikane is both consistent and persistent. His position is simple. South Africa’s future had fallen into the hands of politicians who looted the country and enriched themselves at the expense of the people. Now is the time for the people to mobilize ‘as the last line of defense’, Chikane’s words, to protect South Africa’s democracy. Against this background of a popular movement, and Zuma in prison despite support in the ANC, the role of the judiciary takes on a particular significance.  Meanwhile Mandela’s spirit of reconciliation and enormous self-sacrifice for his country remains a political ideal.

Younger readers may think of distant South Africa and the 1990s themselves as ‘another country’. But there are lessons for Britain’s contemporary political problems. We need some of that early post-apartheid political creativity, the infectious hope that things can change. We need a concerted movement that draws different parts of society together to support our institutions and defend our democracy. And we need Church leaders with the courage and confidence to recognize our problems as both ethical and political who will speak truth to power and act accordingly.

South Africa has been rocked by the worst violence since the nation achieved democracy in 1994.The unrest began on July 8 when former President Jacob Zuma started serving a 15-month prison sentence for contempt of court. Supporters in his home province of KwaZulu-Natal set up roadblocks on major highways and burned about 20 trucks. The protests closed the N3 and N2 highways, which link the Indian Ocean ports of Durban and Richard’s Bay to the industrial hub of Johannesburg and to Cape Town.

The unrest spread within KwaZulu-Natal, where shopping malls and centres were ransacked by mobs that took food, electronics, clothes and liquor. Attacks on retail centres also spread inland to Gauteng province, to Johannesburg, the country’s largest city, and to Pretoria, the capital. In Durban and Pietermaritzburg, crowds attacked warehouses for major retailers and factories, which were set alight. Several burned until their roofs collapsed.

The unrest lasted for a week until 25,000 army troops were deployed. At least 215 people died in the unrest, and more than 2,500 were arrested on charges including theft and vandalism, according to government figures.

Extensive damage was done to 161 malls and shopping centres, 11 warehouses, eight factories and 161 liquor stores and distributors, according to the government. An estimated $680 million was lost in stolen goods, burned trucks and destroyed property.  (ed.)

PreviousFour things you need to know about forests and health
NextAfrica: the fragile peace