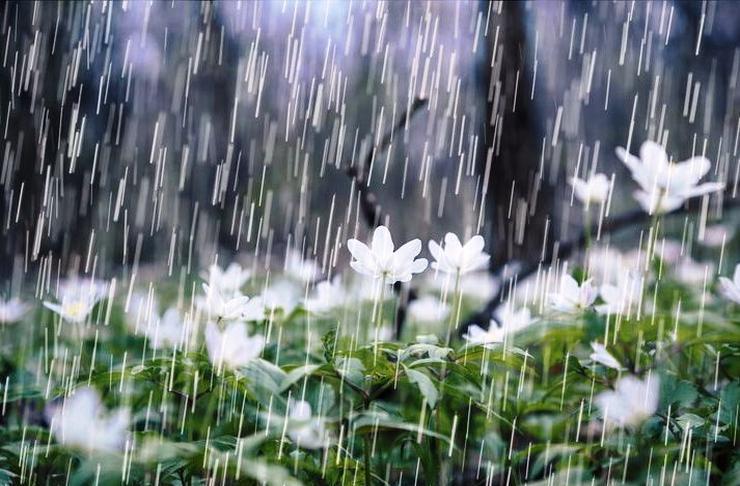 Once upon a time there was a king who had a beautiful daughter. Her beauty increased as she grew to the age of marriage and she was considered to be the most beautiful girl in the world.

Many men wanted to many the king’s daughter, but the first two to ask for her hand in marriage were Fire and Rain.

The king sent word that his daughter was to come to see him. “I have promised to give you in marriage to Fire,” the king told her when she came into his room.

“Your Majesty,” the king’s daughter replied, “but I have already promised to marry Rain.” “What shall we do?” cried the king and his daughter. “We are caught between two promises.”

It was then that Rain arrived in order to visit the king’s daughter; soon after that Fire arrived with the same intention. Rain and Fire were each determined to outwit the other.

Then the king said, “I have decided on the day of marriage for my daughter.”

There was great excitement amongst the people. Some said Fire would win; others said Rain would win. The king’s daughter said to herself that whoever won the race, she would keep her promise to marry Rain.

When the day came for the race and for the marriage, it was very windy. The king made a sign and a drum was beaten. The race began. At first Fire was winning, for he was carried rapidly along by the wind. As for Rain, there was no sign of him in the sky. Fire continued to race faster and faster until it seemed to everyone that he would certainly win.

When Fire had almost reached the place where the king sat with his daughter, Rain was at last seen preparing himself in the sky. It seemed to everyone, however, that he was too late. But when Fire was just about to win the race, Rain started to fall very heavily. Fire was quenched before he could reach the end of the race and Rain was declared the winner.

The king therefore gave his daughter to Rain to be his wife and there was much rejoicing. Ever since that time when water quenched flames, there has been enmity between Rain and Fire.

PreviousGovernments and TNCs: Shared Responsibility for Human Rights and the Environment
NextVocation story: the real sense of being a missionary