The Burning and Flooding of The Planet 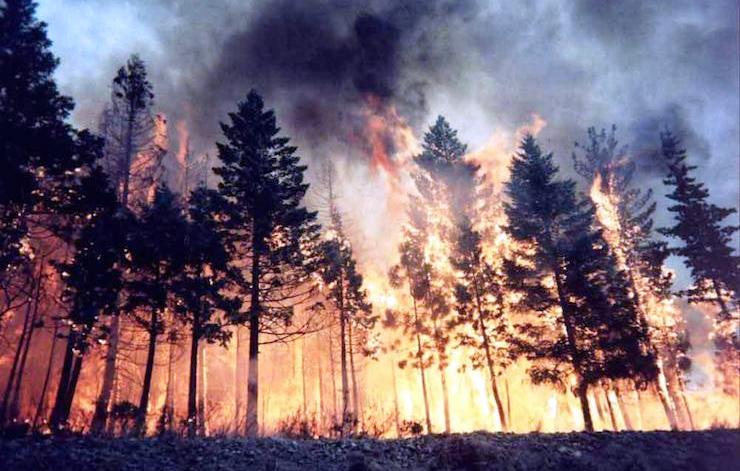 Anyone watching on television the images of burning forests, the raging floods destroying lands and villages, massive landslides burying homes and people have no reason to deny the truth.

The latest UN report on the climate crises by the Intergovernmental Panel on Climate Change (IPCC) signed by 159 nations once again informs us that we humans are responsible for this terrible crisis.

We humans are bringing disasters upon ourselves by tolerating and allowing through corrupt politicians the coal, oil and gas energy companies to promote their extraction and continual burning of fossil fuel. By financially supporting the election campaigns of friendly politicians, they are getting massive government subsidies to continue to produce and burn coal, oil, and gas.

In the United States, fossil fuel subsidies to the energy industry are massive while money for renewable energy is much less. Worldwide, this is also the case. As much as US$447 billion dollars in taxpayers’ money is paid out in subsidies to billion-dollar companies in the coal, oil, and gas industries since 2014 whereas support for renewable energy sources development is a mere US$128 billion dollars.

The International Renewable Energy Agency (IRENA) says: “Yet the continued imbalance remains staggering. In 2017, the costs of unpriced externalities and the direct subsidies for fossil fuels (USD 3.1 trillion) exceeded subsidies for renewable energy by a factor of 19.”

The global warming, displayed in unequalled temperatures that have engulfed the world is due to one reason: burning fossil fuels. Coal, oil and gas extraction, and burning has been essential for economic growth and development for the last 100 years.

But now, it must stop. CO2 and methane gasses are trapping the heat of the sun like a blanket around the globe, and we are slowly cooking ourselves and all living creatures and plants to death. Over a million animals and reptiles died in Australian fires last year alone. How many more this year in the US, EU and Russia?

Renewable carbon-neutral sources of energy have to be speedily expanded: geothermal, wind turbines, solar panels, wave, and tide power. These will be generating electricity to drive industry, heat and cool homes, and power electric vehicles without damaging the planet. But will it succeed in time to save the planet?

The scientists and environmentalists and the UN Intergovernmental Panel on Climate Change (IPCC) can tell us the terrible truth that if the heating goes on beyond 1.5 degrees centigrade, there will be even worse climate-induced disasters. More droughts, fires, greater floods, and crop failures. Millions will be displaced by violence and war over water, food, and arable land. Millions of hungry desperate people will be migrating to safer countries for food and survival.

We have reached and passed the tipping point where the melted Arctic ice and mountain glaciers will take hundreds of years to freeze up again. So, the poor people in coastal towns, villages, and low-lying Pacific islands and atolls will have to evacuate and migrate. Some are already doing so.

They are the victims and yet they have not caused any global warming. The health costs world-wide of the damaging pollution since 2017 is a whopping US$2263 billion dollars, according to the International Renewable Energy Agency (IRENA).

Big oil corporations Shell, BP, Chevron, ExxonMobil, and Total and their lobbying groups have tried to influence EU law in their favour by watering down laws that would curb the extraction and burning of fossil fuels. Their DNA corporate culture and goals cannot condone or support renewable energy.

They are ferocious influencers and a report in The Guardian shows that they spent € 253.3 million lobbying and influencing politicians and EU institutions between 2010 and 2018, according to a report by Corporate Europe Observatory, Food & Water Europe, Friends of the Earth Europe, and Greenpeace. That spending is just the tip of a massive iceberg of additional spending which has not been officially reported and kept secret. Let me quote the impact they have had in expanding the climate crises on the world.

The Guardian article from one year ago says: “The report comes after the Guardian’s Polluters series, which revealed that 20 oil and gas companies – including BP, Shell, Chevron, ExxonMobil and Total – can be directly linked to a third of greenhouse gas emissions since 1965. The companies – which include multinationals and state-owned firms – are continuing to expand their operations and driving the climate emergency, despite having been aware for decades of their industry’s devastating impact on the planet.”

There is a global conspiracy, it seems, to deny climate change, to play down the urgency of the crises for the sake of getting more taxpayer’s money as pay-outs to billionaire oil companies when millions of people are suffering the drastic effects of climate change. We must do all we can to get political and influence the decisions that will save the planet and get out there and stop polluting and plant more trees.