On defence of water and the right to live well 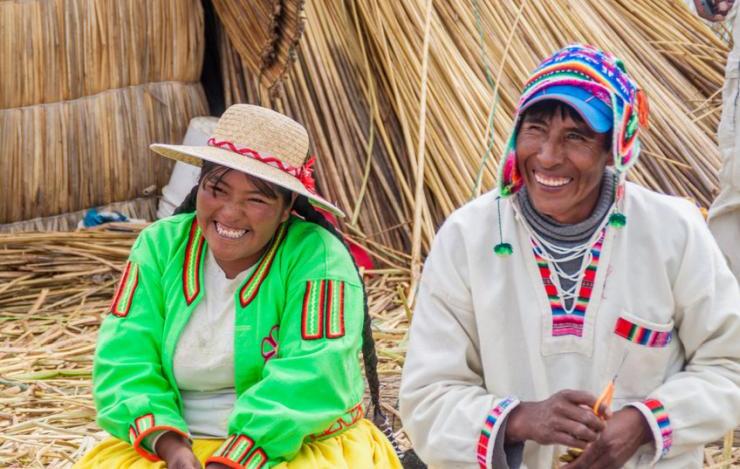 On August 23, 2021, at the Tacagua’ camp of Challapata, Oruro (Bolivia), thanks to the support of the CASA Collective, about 150 members of the communities that make up the National Network of Women in Defense of Mother Earth gathered. The concern was the threat of mining companies in their attempt to explore in order to exploit their territories. The purpose of this apthapi was to join forces in defense of collective rights, including the Right to Water, to self-determination and to live without contamination, by denying the mining companies access to their territories.

Apthapi means bringing and it is an Andean communal practice where, without restrictions or hierarchies, food, ideas, feelings, knowledge, and decisions are shared. It is a tradition that is close to suma jakaña or suma qamaña, the good living.

In the centre – one of the many conflicts over land, water and other natural resources that lead to violations of human, social and economic rights of minorities and indigenous peoples – which casts shadows on the human quality of our common future.

On the other hand, it was also one of the many community and civil society initiatives that opened the heart to hope even though tinged with patience knowing “that nothing is for tomorrow” when it comes to making a change in the exploitative mentality of multinational corporations.

However, this multiplication of initiatives in the defence of water, of territory, and of human rights against the abuse of multinationals, especially mining companies, also question the same advocacy: if they exist, what are the common basis of all these actions? Why are they not making significant progress? In the last analysis, why are there so many unsolved conflicts?

It is worth mentioning that in the Quechua language, a certain space is an ayllu. Four ayllus form a marka which, therefore, is an association of ayllus. An ayllu is made up of about 500 inhabitants.

In Tacagua, the apthapi began with a sharing of local products: quinoa, beans, potatoes, cheese, and yogurts produced in Challapata thanks to the water from the Tacagua dam. However, the reason for the encounter was the fear that the communities would soon be victims of exploitation by mining companies. These communities are agricultural, livestock and dairy producers, and are highly productive: therefore, they do not want to abandon their traditional vocation, which requires them to oppose the entry of mining companies into their territories. Experience shows that mining entails multiple very negative environmental and social impacts and constitutes a threat above all to the sources of water that are so necessary for agro-dairy production.

During the apthapi, then, the community spoke out publicly against the entry of mining companies and denounced the complicity of AJAM (Mining Administrative Jurisdictional Authority in Spanish acronym) with the mining actors, undermining the right to Free and Informed Prior Consultation of the community. AJAM is an entity with its own legal personality but is under the supervision of the Ministry of Mining and Metallurgy.

It is in charge of the direction, administration, registration, control, and supervision of mining activity throughout the territory of the pluri-national State of Bolivia. This collusion of the State with private interests has already occurred in Challapata where more than 50 irregularities led the way to the request to annul the process. It turned out that the consultation that had been with indigenous representatives “bought” by the mining companies. This fact has provoked suspicions and resentments from all the indigenous communities against AJAM.

The Indigenous Peoples of Collpaña, Caracollo, Tapacari Condor Apacheta de Peñas and Challapata then demanded that the authorities respect the decisions of the apthapi of Tacagua because entire communities who had exercised their self-determination by decreeing “zero income to mining” in their territories were there.

The statement also requested that the rights of women be respected because they are the first to suffer from mining impacts, and that the discussion and approval of the Water for Life Framework Law should be resumed. This law wants to modify the mining law about the right of Indigenous Peoples giving them the right to use water in their territories. The apthapi was concluded with a symbolic gesture, the delivery of vases of water to seal the commitment to fight together in the defense of water, the right to self-determination, so that decisions are respected.

The apthapi of Tacagua calls into question the mining activity but also raises questions about the advocacy action. On the one hand, a country like Bolivia in pursuit of its development cannot stop taking advantage of the riches of the subsoil. On the other hand, not respecting indigenous rights to self-determination in a country that by constitution declares itself as a Pluri-national State, is highly conflictive, as well as contradictory. The question, then, is: Why is there such a lack of inclusion? Why is the complexity of the problems not accepted? Why are shared solutions that sincerely respect both the rights of indigenous communities and the interests of the national community not sought after?