Nicaragua: Catholic Bishops “to vote according to your own conscience” 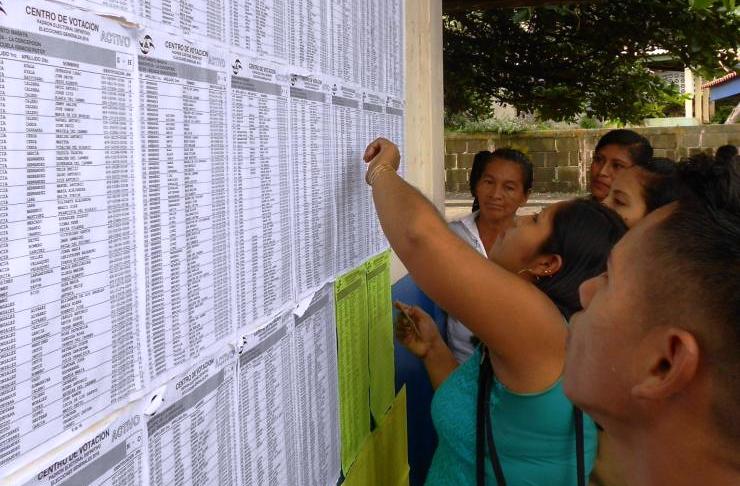 The Nicaraguan bishops’ conference has just called on citizens to act freely and to vote according to their conscience as the country prepares for a general election this month. Elections in Nicaragua for president and members of the National Assembly, as well as members of the Central American Parliament, will be held Nov. 7.

The incumbent president, Daniel Ortega, has been in office since 2007, and oversaw the abolition of presidential term limits in 2014. Ortega’s wife, First Lady Rosario Murillo, is also vice president. The country’s major opposition party has been barred from the general election.

“Given the situation we live in, each Nicaraguan should decide and act from the interior and inviolable dignity of his conscience, freely, to do what he considers most right and appropriate at this time for Nicaragua,” the Nicaraguan bishops said in an Oct. 21 message.

“As we have expressed on various occasions, an authentic democracy is the fruit of the convinced acceptance of values: the dignity of every person, respect for human rights, the search for the common good as the goal and criterion that regulates political life,” the bishops said.

“If there is no general consensus on these values, the meaning of democracy is lost and its stability is compromised,” they stressed. The bishops also noted that “state institutions are not secondary in a democratic state, which is only possible with the rule of law, where the exercise of power is subject to the unrestricted observance of the law and is characterized by the independence and separation of the powers of the State.”

“These are, among others, basic and indispensable conditions for the exercise of free, fair and transparent elections,” they said.

“With the heart of pastors,” the bishops continued, “we journey in the midst of the people of God, with their lively voice in the difficult situations that we Nicaraguans are going through; we see, feel and identify with the pain of so many.”

“We are close to the sick, to families broken up by forced migration, to the unemployed, refugees, exiles, to those deprived of their freedom and their families.”

The ruling party, the Sandinista National Liberation Front (FSLN), has been in control of the National Assembly, the judiciary, the Supreme Electoral Council (CSE), the National Police and the army for decades. Daniel Ortega Saavedra, the country’s president since 2007, was re-elected in 2006 (the elections took place in November, Ortega took office in January 2007), 2011, 2016 and will no doubt be re-elected in 2021.

PreviousLittle Sister Magdeleine on the way to sainthood
NextAfrica: Rites of Passage