Reflection: can malaria be eradicated? 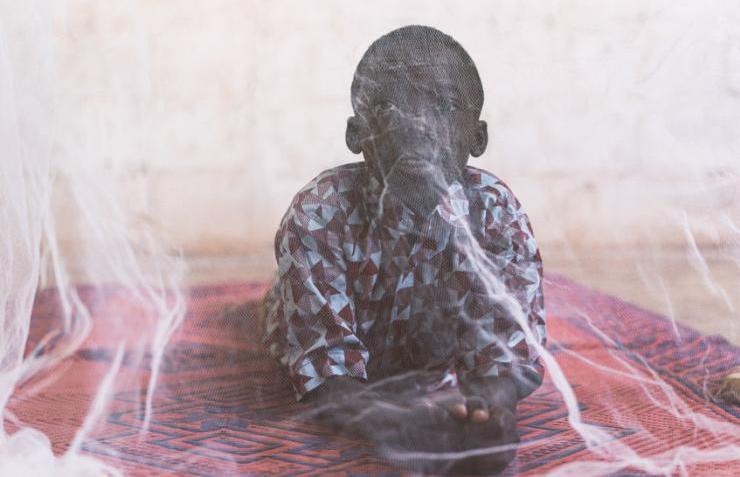 Recently, the World Health Organisation’s (WHO) has approval of the ‘roll out’ of a vaccine against malaria made the news.

GlaxoSmithKline (GSK) had been working on finding an effective malaria vaccine for thirty years.  Stage Three trials, the final stage, took five years and were completed in 2015. Pilot implementation in Africa began in 2019. Before COVID such a WHO approval would scarcely have merited a paragraph. That’s some measure of how vaccines are on everyone’s minds.

It also says something about the response to any killer or debilitating disease which is confined to the tropics. This is not a swipe at GSK particularly, nor at their perseverance, but comparison with the incredibly speedy design and production of anti-COVID vaccine does inadvertently highlight pharmaceutical companies’ research – and commercial – priorities.

By the end of the 20th century malaria still caused over 800,000 deaths worldwide every year most of them children under five and pregnant women, mostly living in sub-Saharan Africa. The Millennium Development Goals (MDGs) set a reduction target to reverse the incidence of the parasite and to halve deaths from malaria by 2015.

The roll out of a new malaria vaccine, the first against any parasite, represents a collaborative response by GSK, the Bill & Melinda Gates Foundation, and the Seattle-based health not-for-profit Program for Appropriate Technology in Health known as PATH, an impressive outfit with some 1,600 staff.  It is another step towards the goal of eradicating disease that emphasises the importance of partnerships.

Vaccines trigger our immune system to attack invading viruses. You might think that immune systems prompted by a vaccine would be easily aroused against the two malaria parasites, Plasmodium falciparum and Plasmodium vivax, large bodies when compared to COVID viruses. But you’d be wrong.

Plasmodium is like some Alien life form transforming itself several times in its life cycle: merozoites bursting out of red blood cells causing fever and turning into gametocytes, oocysts taking up residence in the salivary glands of certain types of female mosquitoes, merozoites finding such a home-from-home in our livers that our immune system ignores them.

Homo Sapiens and Plasmodium have known each other for a very long time and the parasite has adapted and flourished. Finding the right stage of the parasite’s development to intervene, zapping the parasite before it gets into the liver, or into the red blood cells, was only the beginning of the long haul to find an effective vaccine.

The danger of the vaccine being mistakenly taken for a magic bullet represents a problem for GSK.  The present vaccine alone is at most 40% effective. Yet combined with seasonal treatments, two anti-malarial drugs administered during each of the year’s most dangerous four months – after West Africa’s short rainy season – it does create a high level of protection from the disease.  But scaling up such combined treatments will make heavy demands on Africa’s fragile health systems. And for malaria to be eradicated, established preventative measures must continue alongside vaccination.

Bed-nets impregnated with insecticides harmless to people contributed to the halving of malaria deaths around the world from an estimated 839,000 in 2000 to 438,000 in 2015 – though there was only an 18% drop in infections.

American financier, Ray Chambers, appointed UN malaria envoy in February 2008, marshalled funding that contributed towards a global campaign that delivered a billion bed-nets and prevented a total 6.2 million deaths. Even this simple solution was not as simple as it appeared. It required explaining the causes of malaria so that people understood what bed-nets were for and how to use them –- and ensured they persisted keeping their young children tucked at bedtime in despite the nets reducing any cooling airflow.

The World Bank bed-net programme in Sierra Leone and Nigeria was a case in point. Nets were delivered efficiently but too often they got used as bridal veils, or fishing nets, or sold, or not hung properly.  Health education was necessary. And it will be just as essential to persuade people that besides getting vaccinated  the other protections against malaria remain vital: correct use of bed-nets, cleaning up standing water where mosquitoes breed, access to rapid diagnostic kits – because misdiagnosis can be fatal.

Changing parents’ understanding and behaviour, as I learned in Sierra Leone, needs a nationally planned malaria control programme involving everything from radio jingles to engaging chiefs, local elders, imams, sheikhs, pastors and priests as health educators within their communities. I watched religious leaders preaching sermons and khutba on parents’ moral duty to protect the under-fives as well as training others in their communities to undertake house-to-house visits introducing malaria prevention messages.

Malaria is now a tropical disease. But that is because in the last century countries with substantial budgets for health and well-developed health systems succeeded in producing effective anti-malarial drugs and eliminating mosquitoes and thus the disease. Eight US Presidents caught malaria. George Washington was infected in Virginia aged 17. Abraham Lincoln while growing up in Illinois. Deaths from malaria in Britain’s marshy coastal areas only began to decline in the 19th century. In 1861 Britain was reading Charles Dickens’ Great Expectations in serial form.  The story opens with Pip, the book’s ‘hero’, staring at his parents’ gravestone and describing those of his dead brothers as, ‘little stone lozenges each about a foot long…arranged in a neat row’.

It is in that graveyard that Pip and the escaped convict Magwitch first meet. The setting for this encounter, St. James, Cooling, in ‘the marsh country down by the river’ in Kent, was on one of Dickens favourite walks, and the ‘stone lozenges’ referred to can still be seen today.  They marked the graves of a large family whose children had died of “the ague”, malaria.

Malaria could be eradicated in Africa, but it would require better co-ordinated national malaria campaigns, strengthening of health systems, and reversing our cuts in international development aid.  Success to date has involved supportive governments and complex international partnerships.

In Sierra Leone religious leaders, key influencers, reached five million people with national malaria programme messages. Ebola and the pandemic have slowed the momentum created by the Millennium Development Goals. When less than 1% of people in Africa have received COVID jabs, GSK’s announcement may seem almost irrelevant. But the new vaccine has the capacity to further reduce malaria deaths from the present over 400,000 a year. It is a significant further step towards the goal of eradication. So perhaps not a herogram for GSK but at least two cheers.

PreviousMozambique: Bazaruto’s enchanting waters
NextWorld Youth Day – “Stand up, I appoint you as a witness of what you have seen”