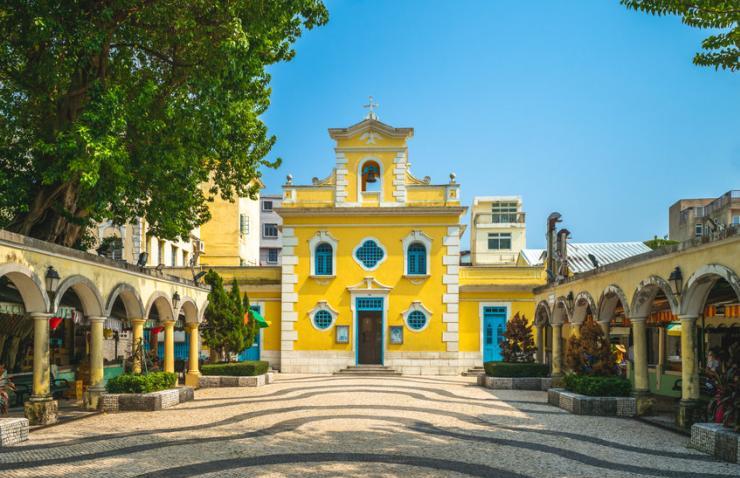 Twenty-five years have passed since a small group of Comboni missionaries arrived in Macao to start their work in the Chinese context. The Fen Xiang project was at the centre of their pastoral activities.

The opening of a community in Macau and later in Taiwan was aimed at laying the foundations for the presence of the Comboni missionaries in the Chinese context. However, their goal was to establish the ‘Comboni presence’ in mainland China.

This objective led to the search for paths and initiatives. Although the task was not easy, at the end of 1998 a plan was already drawn up in order to carry out such a dream:  the ‘Fen Xiang’ (FX) project.

The ‘Fen Xiang’ project was aimed at the development of the presence of the  Comboni Missionaries in China in order to be in contact, and in some way to share the concerns of the Church in China, and at the same time to assist the most marginalized. Since October 1998, FX has implemented its aims following the itinerant missionary approach, mainly through trips made from Macau into the mainland, what we call ‘the itinerant Comboni mission’.

During these 23 years, FX has opened different fronts and venues in its collaboration with the Church in China, both the underground as well as the public community. The project focused on spreading the missionary spirit of the Church, an unconditional commitment to the poorest in society.

The Comboni mission in Asia focused on the Chinese context as a priority as far as the first evangelization was concerned. The Comboni missionaries, from the very beginning, centred their work on the formation of the pastoral agents of the Church in China, as well as on the assistance to the poorest of society.

Through the years, FX has also focused its energies on helping the poorest and most abandoned in the Chinese society, supporting orphanages, aid centres, poor rural children, etc. Formation of the staffs of orphanages and Catholic Sisters, through scholarships and courses on spiritual formation conducted periodically and mostly held in northern China, in the provinces of Gansu, Hebei, Henan, Shanxi, Shaanxi, Henan, Sichuan and Shenyang, have proved to be beneficial and useful for the local Church.

Over the last two decades, hundreds of church personnel, priests, sisters, bishops, seminarians and laity as well, have benefitted from FX scholarships, in the hope to improve their formation. The FX team has also imparted courses of formation, retreats, youth camps, etc., particularly since 2012, by stressing the missionary dimension of the Church, Biblical spirituality, and basic Christian spirituality.

This has been done in a discreet and prudent way, due to the particular set-up in which foreign missionaries are not allowed to carry on religious activities. The communist and atheist context does not make things easy. Just a few years earlier, bishops, priests, men, and women religious had spent decades in Maoist prisons and concentration camps. When they returned to their dioceses, seminaries were opened, and then convents and thus the Church began a new future, despite government control, persecution, and obstacles.

In 1996, the Macau community began to carry out a collaborative project with the Church in China, in the field of formation. A team in charge of the ‘Fen Xiang’ Project was created in 2000, which is aimed at the growth and strengthening of the local Church. In this regard several initiatives focus on the collaboration with the Church in the field of formation through scholarships for priests, seminarians, teachers, religious who operate in the religious, theological and pastoral fields, as well as in the social area, in the medical field and other sectors in order to better serve society.

The members of the ‘Fen Xiang’ team on their visits to China organize training courses and spiritual exercises and share the concerns of religious and missionary life with seminarians, religious, priests and laity. ‘Fen Xiang’ is also involved in projects of human promotion to express the social dimension of faith, something inescapable and inseparable from the missionary vocation, in favour of the latter. The FX team also publishes ‘Fen Xiang News’ three times a year in five languages.

The ‘Fen Xiang’ project was inspired by, and is in tune with, the basic features of the Comboni charism: concern for the marginalized of society (supporting orphanages and aid centres, offering scholarships for poor students from the countryside), the need to share the missionary spirit with the local Church (through courses, digital newsletter, personal contacts, formation through annual retreats for priests, sisters, seminarians and laity, training courses for religious and priests).

Reflecting over the last two decades, we can say that we have developed a sort of spiritual missionary itinerary that fascinated us from the beginning and that was in tune with the context in which it was developed: ‘the Comboni itinerant mission’.

In these years of the ‘Fen Xiang’ journey, we can say that the results have been very satisfactory. Priests, teachers of seminaries and religious have been formed in different places, through the help of ‘Fen Xiang’, and once back in their country they have held positions of responsibility to continue to help in their respective places according to their Christian formation.

The challenges of ‘Fen Xiang’ are not without difficulties as they develop in a context of insecurity. There is no doubt that the testimony of the Church of China and its pastoral agents, who have suffered persecution and continue to suffer government control, are something that help us as missionaries to make common cause with the people to whom we are sent. We learn from people, and we live with the local church with whom we share our life. Let’s keep on working for a better future for the Church in China, being at its service, promoting missionary work in this complex and challenging context. Today there are five Comboni Missionaries in Macau. Two of them are in charge of a parish and the others committed in the ‘Fen Xiang’ project.

PreviousMexico: A Price on his Head
NextAfrica: The Giraffe – ‘Higher than the trees’