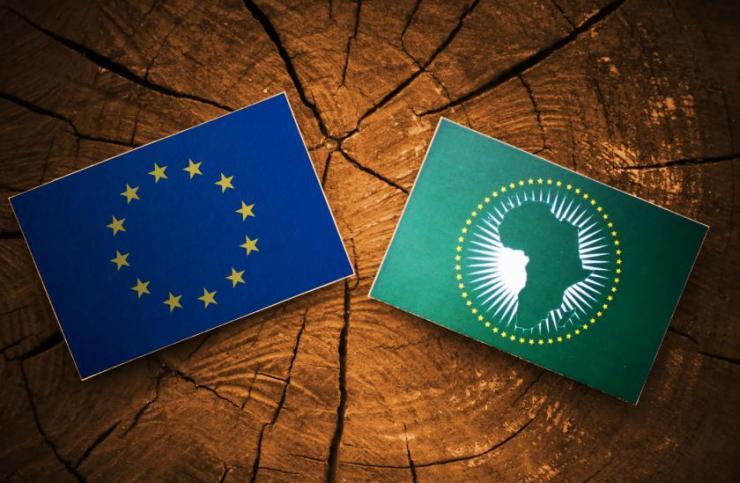 This meeting has been postponed in the last two years due to the situation of COVID’19 in order to be able to hold it in a face-to-face mode that ensures the presence of the leaders of both parties involved in the meeting.

There seem to be different interests towards the meeting on the part of the EU and Africa respectively. While Europe is prioritising post-pandemic economic recovery, climate change concerns and security issues (including migration control), new challenges are emerging in Africa because of economic, political, social, technological, demographic and climatic changes.

It is interesting to note that the Africa-EU Summit will coincide with the French Presidency of the European Council. France is probably the European country that has the most economic interests in the African continent, especially in the West African economy, through business investments and the extraction of mineral resources in countries such as Senegal, Niger, and Mali. Indeed, the financial stability of the francophone West African (14 countries) depends directly on France’s support and these African countries continue to finance French public debt through the CFAS franc.

But what are Africa’s challenges at the next AU-EU meeting?  Challenges arising from the pandemic COVID-19

The challenges created by the pandemic have been addressed differently by governments in Africa and Europe. On the one hand, the EU has acted in a coordinated manner in the purchase and distribution of vaccines and has developed prevention measures, which seek to eradicate the virus. However, the behaviour of the EU has shown that their measures to fight the pandemic are not being effective.

Europe and countries with ready access to vaccination have thought that they could fight the pandemic on their own territory and have developed selfish vaccine hoarding strategies that have excluded other countries and regions. Thus, while Europe enjoys a high vaccination rate (over 70%) among its population, in some African countries the vaccination rate is less than 10%.[3] The virus continues to mutate and generate new strains that keep the virus active and reduce the effectiveness of vaccines.

The current pandemic situation means that the main challenge for Africa is not the post-pandemic economic recovery as in Europe, but a challenge that is still very much in the pandemic. While Europe has been busy hoarding vaccines, the population in Africa has developed its own way of dealing with the pandemic, with a different view of the risk of the disease and doubting the benefits of immunity, generating unfounded fear of side effects and misinformation about vaccines. And the European “generosity” of the COVAX vaccine distribution programme has come too late to a population accustomed to resilience.

Africa is experiencing extreme erratic weather conditions caused by climate change; more severe severely than other parts of the world, such as droughts, floods and frequent heat waves. These phenomena are leading to desertification of large parts of its territory and causing forced migration due to climate change. However, the gas emissions generated by Africa account for less than 4% of the CO2 emissions causing climate change.

For its part, the EU finds its living conditions threatened by global warming and considers that its efforts to control rising temperatures must be coordinated with other regions of the world. The EU therefore believes that Africa’s commitment to the environment and the fight against climate change must be a priority for the continent and that we must fight together to curb the rise in temperature. However, the means and capacity to fight global warming are completely different in each continent.

Africa’s situation of transformation and economic growth is almost incompatible with the capacity to generate resources that avoid climate change because its economy is based on fossil energy sources that generate CO2. Therefore, Africa’s challenge in its fight against climate change will only be possible if its governments are involved in global decision-making and in no case as an imposition of other treaties or economic aid.

The challenge of the green agenda in Africa is linked to the investment of infrastructures that promote clean energy, that promote an industry that controls gas emissions, that generates an agriculture that eliminates over-intensive cultivation and that is capable of generating a transformation into an economy based on renewable energy sources.

Sub-Saharan African countries are experiencing a real economic expansion. Their economic growth rate is above average even in times of recovery from the pandemic (2.8% in 2021 and expected to reach 3.3% in 2022). This economic growth must be transformed into human development growth that enables the creation of jobs and opportunities for its people.

Macroeconomic data together with its wealth of natural resources (energy) and privileged access to renewable energy sources places the African continent in a privileged position to fight its main challenge, which is extreme poverty in some parts of the continent.

Africa’s economic challenge should not be focused on the repetition of obsolete economic structures that copy Western economic treaties such as the African Continental Free Trade Area that repeats the same scheme as the Economic Partnership Agreements between the EU and African regions where richer countries will continue to leverage their economic power over poorer countries. On the contrary, Africa must seek innovation based on the digital transformation of its economy and address its economic agenda based on the capabilities of its new generations by promoting opportunities for education and sustainable work.

However, Africa has a great challenge with respect to its own land, which requires putting limits to the plundering and sale of its land to foreign companies. According to SECAM (Episcopal Conferences of Africa and Madagascar), more than 25 million hectares of African land have been sold to transnational corporations during the first 10 months of 2021.  Political elites must limit their personal ambitions and curb corruption through easy contracts that bring them a lot of money in exchange for more poverty for their people.

Africa should define its own challenges and ambitions, develop its capacities and develop opportunities that ensure stability, solidarity and democracy. The EU-Africa Summit’s challenges for Africa are therefore the challenges of a young continent that must be addressed from the perspective of the needs of the people and not from the economic interests of transnationals or political power elites.

If Europe really wants to empathise with the challenges of the African continent, then it will have to relax its ambitions to control the wealth in Africa and only then will it have understood its own values of solidarity and justice.