Mission Diary: South Sudan – Educating “to the ends of the earth” 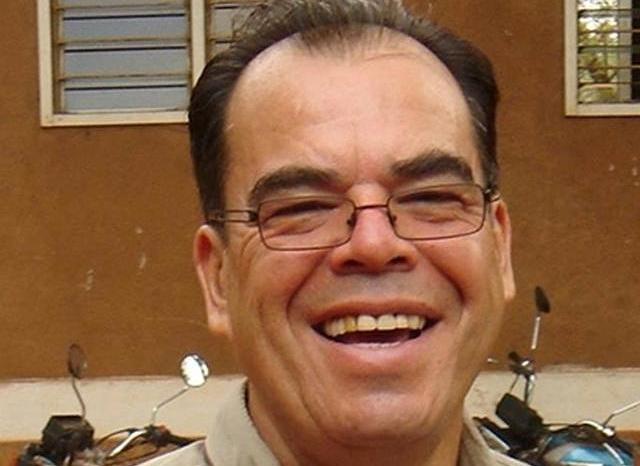 “Working for the education of the youth means preparing the future of this country”. Comboni Brother Jorge Rodriguez, from Mexico, speaks to us of his work in the field of education.

It comes in silence, with an almost imperceptible calm, and little by little everything is covered with water: the paths, the streets, the patios and the people’s houses. The Nuer call it nyoach, and this year there has been more rain than usual. The consequences are severe and painful. Livestock, at the centre of people’s lives, are dying due to excess water, and pastures do not grow properly.

The people have to build dams to contain the water and when it rains they must remove the rainwater from around their houses. They are tired and easy prey for malaria which has skyrocketed in recent months, so much so that the two hospitals in the area, one run by Doctors Without Borders and the other managed by the Catholic Church, cannot cope with the number of patients.

Our Old Fangak mission has 21 chapels. To visit them, we have to go on foot except for the chapels located on the banks of the two rivers that surround us to which we travel using rustic canoes or a motor boat.

Due to the nyoach, many visits and activities have had to be cancelled except for the school and catechetical centre in Old Fangak. The Catechists are very courageous and are the true heart of this Church. Not surprisingly, the Christian communities of Old Fangak were founded by catechists from Khartoum. After receiving a Christian formation, they were sent back to their homeland, among the Nuer. It was not until 2006 that the Comboni missionaries could open a permanent mission to accompany these communities more closely.

I arrived four years ago in Old Fangak and I take care of the school.  This educational project started tentatively because, in this area, education has no roots, indeed it is even considered superfluous by some. For this reason, large structures were not envisaged. The Nuer, perhaps because of their geographical location, resist outside interference, and this explains why this area has not fallen within the country’s education system.

At the end of primary education, which lasts eight years, the brightest young people with the best qualifications are sent to schools run by the Comboni Missionaries in other areas.  In 2020, the Comboni missionaries decided to start a secondary school with some teachers that they themselves had sent to be educated in other schools.

Two years have passed but we can see the enthusiasm and the desire to learn of many young people. Almost all of our students are well beyond the appropriate age for these formative stages and we are obliged to improvise study methods suitable for the concrete reality of our students.

The nyoach also affects our school. Students arrive late and tired, which we understand well. For this reason, teachers address words of encouragement to them and extra classes are taught to help them.

I feel very happy with these four years spent in Old Fangak. I see people walking with a spirit of faith and brotherhood despite so many difficulties. Working for the education of the youth means preparing the future of this country.  And we are doing our bit.