The Fighting Women of Ukraine 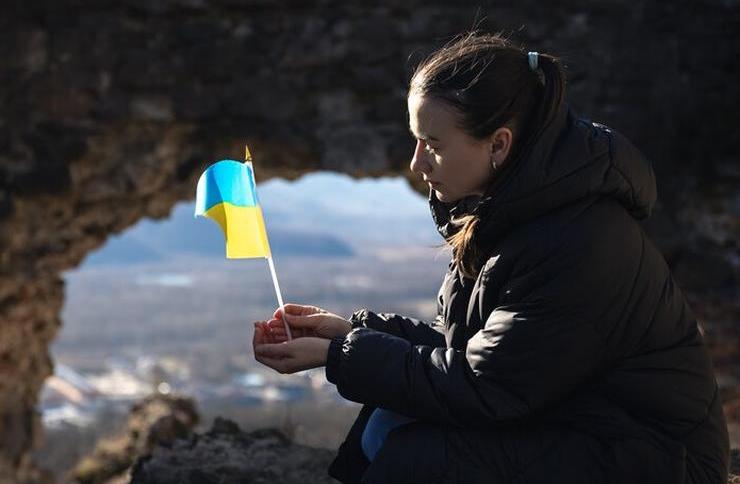 The news reports streaming from Ukraine show the courageous resistance and the unity of Ukrainians to resist the power of the almighty Russian army of Vladimir Putin, the tyrant dictator ruling Russia as an autocracy.

This is an immoral war, the killing and indiscriminate bombing of civilians denounced already by Pope Francis and world leaders. Nothing can justify it. While the fighting men of the Ukrainian army are on the front line, holding back the advancing tanks in a David and Goliath confrontation, the power of the women of Ukraine is seen working too.

Women worldwide are a power unto themselves and must be celebrated and admired for their talents, intelligence, and courageous action for justice and resisting evil. The Ukrainian women are doing this and a million are saving the children from cruel Russian bombs and bullets. The greatest weakness of a portion of the male population of the human race has been underestimating and refusing to acknowledge the power, influence, and importance of women in shaping and guiding society, and in some nations, ruling with wisdom.

It is the women of the world that ensure the survival of the human species, not only through their unique nature and willingness, and ability to bear children and nurture them but also through their great contributions to many fields of education, law, and science. For many, they are the strength of the family and agents of social change in society.

They battle for their rights because weak and depraved males prey upon them and abuse and exploit women. Millions of women suffer violence, physical, psychological and sexual abuse and are exploited in many unjust ways. They bravely resist, fight back and speak out against the powerful abusers and hold them to account by the #MeToo movement whereby their voices are heard, amplified and listened to. Many abusers have been brought to justice including corrupt royals for abusing them as minors.

The Ukrainian women are showing the strength of the power of women to overcome the hardship of war and many have joined the Ukrainian resistance. They are learning to use weapons and others are in basements making camouflage nets and Molotov cocktails. These are petrol bombs in a bottle with soap powder mixed in and a petrol-soaked cloth on the top. They are moving from the kitchen to the frontline.

When a Russian tank passes below an apartment window, that Russian tank can expect brave, valiant Ukrainian women to light the cloth and throw it down on the tank close to the engine. That’s the most vulnerable spot where the soap powder makes the flames stick to the metal and they are sucked into the engine air intake and it ignites the fuel. Imagine a tank taken out with a few bottles of petrol and sticky soap. The Russians fear urban warfare and street fighting.

The war has stagnated near the capital Kyiv due to a huge strategic mistake by Putin. Like Hitler, he wants to direct the war personally. He imagined the war would be a swift tank and bombing attack, swarms of Russian troops all over the cities in a few days and the Ukrainian government would surrender. Then, he would install his puppet government and rule from Moscow. It has not happened.

The Ukrainians are fighting back strongly and are bringing down helicopters and planes with Stinger ground to air hand-held rockets and air defence missiles. Several high-ranking Russian generals have been killed. Western nations cannot join the war or it will become a wide European war. The most lethal Western-supplied weapon is the shoulder-fired anti-tank missile, the Javelin.

Many Russian tanks have been destroyed and verified Russian planes and helicopters shot down are at least 20 but Ukraine claims 48 Russian aircraft have been shot down. European nations and the USA are supplying thousands more weapons and assault rifles and ammunition. The done nations should make it possible for Ukraine to buy Russian-made Mig-29 fighters from Poland, Ukrainian pilots know how to fly them.

This Ukrainian resistance is an unprecedented challenge to an overwhelming modern Russian army ever seen in modern warfare. Led by a charismatic president Volodymyr Zelenskyy, a former actor that played a president on TV and became president himself and is a powerful leader in this time of crisis. His TV experience at using the media to rally the people to fight back is invaluable.

Putin might eventually overwhelm Ukraine and destroy the cities and rule a total ruin. He is paying a heavy price already and it will be a Pyrrhic victory. When he does, there will be a Ukrainian government in a secret base fighting and directing an underground guerrilla resistance attacking Russians at will. It will be at a huge cost to Russia to try and occupy Ukraine.

Another big miscalculation for Putin has been the unity of the world’s nations. Asian nations and all free world nations except, China, India and some others, have joined in unity to stop Putin. He has united the EU, NATO and all nations against him. He has defeated himself in the long term and made himself a war criminal and the world is against him. The sanctions against Russian banking, trade, oil and gas and economic boycotts against products are growing, all will eventually cripple his economy and turn his people against him, too. Investors are fleeing and many thousands of Russian people are now unemployed.

The buyers of Russian oil and gas, the source of national revenue, are backing out and seeking alternative supplies. The oligarchs that surround him are losing their wealth, million-dollar villas and yachts are being seized, their bank accounts were frozen and their shares and stocks are in free-fall. There is nothing to be gained and much to be lost in the war made by Putin. The corrupt tyrant falls victim to his own corruption. Putin can’t win this war. He can only pretend to do so.

His massive crackdown on the media is not enough to stop the news eventually getting out to the Russian people that the war is doomed. They will realize they have been led into a quagmire with hundreds, if not thousands of their teenage soldiers, killed in a failed war. Weep for Ukraine but save a tear for the duped and misled Russians and their thousands of dead children and a destroyed economy.

To launch a war of aggression for no cause other than the lust for power and control is the evilest thing one can do and it is as stupid as stupid can be.