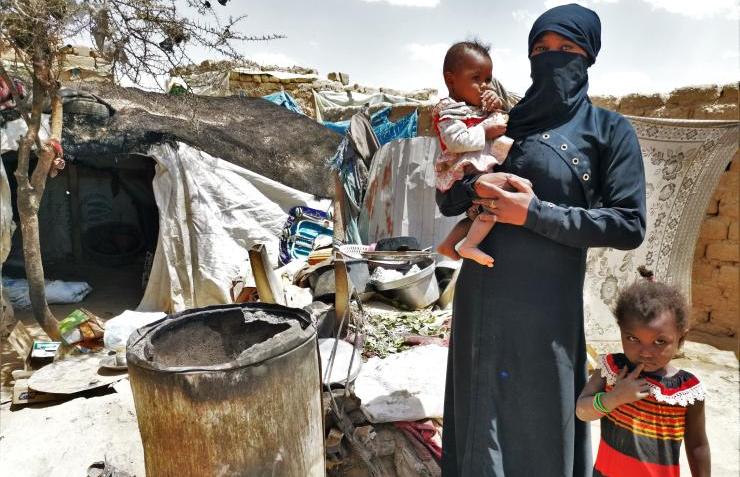 The brutal war in Yemen that doesn’t hit the headlines.

The number of civilians killed in the Yemen conflict – the seven-year-old war between the Iran-backed Houthi militia and the government-backed by a Saudi-led military coalition – has soared over the past few months. The warring parties on both fronts have not spared children, schools, hospitals, open markets and prisons. The country is on the verge of collapse, facing the world’s largest humanitarian crisis, with 20 million people in need of aid and 4 million displaced. It is estimated that 8 million people risk being on the brink of famine by the end of March, as no decision has been taken to refund international relief aid.

It’s one of the world’s most savage wars. And the world’s largest humanitarian crisis. Yet it (almost) never hits the headlines. More than half of all health facilities in the country are closed, there is a shortage of medicines, health workers have not been receiving a regular salary.

At least 18,500 civilians have been killed. The seven-year-old war has claimed over 370,000 lives – 40% of whom died through direct conflict and 60% indirectly (road accidents, childbirth, malnutrition, untreated diseases, lack of medicines, delayed hospital admission).

According to the latest report of the United Nations Development Program (UNDP), Yemen will become the poorest country in the world if the conflict lasts until 2022. The Report notes that the war has led to the collapse of the economy, with the loss of economic activities worth 89 billion dollars since 2015. Gross domestic product (GDP) per capita has plunged from $ 3,577 to $ 1,950.

“The conflict ongoing in Yemen amidst the silence of leading international decision-makers, is a disgrace that erodes the very notion of humanity,” said Paul Pezzati, policy advisor for humanitarian emergencies at Oxfam. “Why doesn’t the international community negotiate an immediate ceasefire and impose on the warring parties compliance with international humanitarian law, which stipulates that civilians and essential infrastructure such as schools, hospitals and water plants must not be affected? The people of Yemen can wait no longer for a peace that is growing increasingly distant with each passing month.”

The escalation of conflict in Ukraine is likely to further increase fuel and food prices and especially grains in the import-dependent country. Food prices have more than doubled across much of Yemen over the past year, leaving more than half of the country in need of food assistance. Higher food prices will push more people into the vicious circle of hunger and dependence on humanitarian assistance.