Reflection: Ukrainians are fighting for their freedom 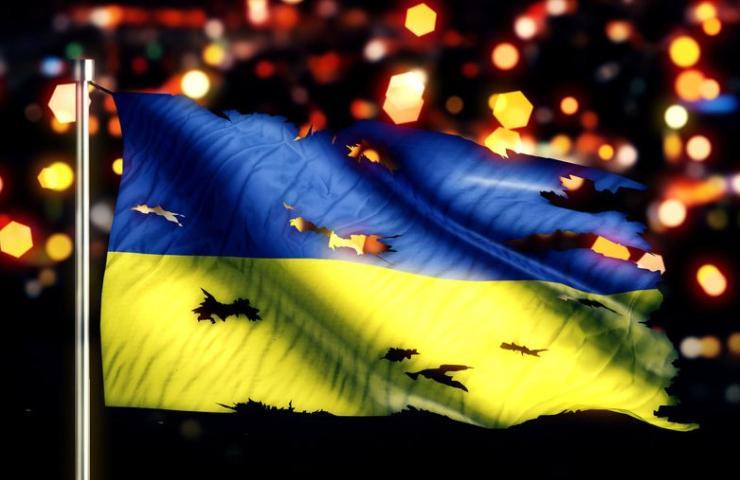 The Ukrainian army and militia are strongly resisting and winning victories against the massive deployment of hundreds of Russian tanks and fighting vehicles. The invasion is held up as the tanks are stuck in the marshes surrounding the capital Kyiv and are being counter-attacked by the Ukrainian army, resolute to resist and expel the aggressive invader.

The deliberate bombing of a theatre in Melitopol, a Southern Ukrainian port city that was a shelter for women and children in the city, is a terrible war crime. They survived hiding in the basement.  President Joe Biden has called Russian President Vladimir Putin a war criminal. Peace talks are the only solution but they have stalled. Putin wants total surrender but defiant Ukrainian president Volodymyr Zelenskyy said no and declared that the people of Ukraine will fight to the last man. He appealed to the US Congress and President Joe Biden for more arms and got them.

There is growing alarm in Western nations and their allies in Asia as to the long-term goals and intentions of Vladimir Putin considering his savage attack on Ukraine, a peaceful independent nation that has in recent years moved closer to the EU and the NATO alliance, having driven out a pro-Russian autocratic president, 72-year-old Viktor Yanukovych in 2014.

Putin hates the thought of Ukraine joining the EU and NATO. His invasion plan was a swift overthrow of Ukraine in three days and put Yanukovych back in power. It’s been five weeks of fighting and President Vladimir Putin has not succeeded. The Ukrainians have reformed their armed forces since the 2014 invasion of their Eastern border by Russian-backed separatists. The separatists still occupy the area which Putin wants to greatly extend, if possible, to the whole of Ukraine.

We can only surmise that any leader without conscience or respect for right or wrong, truth and human rights, will exceed the bounds of international law. Autocratic, greedy politicians driven by the hunger of exercising unlimited political and military power will kill all whom they perceive as critics, opponents or imagined enemies supposedly endangering the nation. Whether they be Western-leaning Ukrainians or drug lords, pushers or drug dependents. “Kill them all” seems to be Putin’s war cry and the indiscriminate bombing goes on.

When a politician gains unrivalled political power by lawful or unlawful means, their first move is to consolidate that power and clamp down on the press, social media and opponents and jail their critics. That has happened in the Philippines as well as Russia and elsewhere. Thousands of critics, human rights workers, media reporters and political opponents are languishing in jails or lying cold dead in graves.

The ambitions of autocrats and powerful politicians are usually to enrich themselves and intimidate all rivals and critics so they can plunder at will. Witness Ferdinand Marcos and his wife Imelda and other past presidents. Putin is the same and his global ambition, supported by his total control of political power in Russia for the next twenty years and his military might, backed with nuclear weapons, is to restore the lost power and influence of the old Soviet Union. This is his fantasy, his passion, his plan to return to Russian might and influence as a power to be respected and feared on the global stage.

What did Russia and the Kremlin, now occupied by Vladimir Putin, lose when the Soviet Union broke up in 1989, we may ask. Putin says this break-up was the most catastrophic event in his life and he wants to undo it. Putin dreams of regaining influence and control in many of the nations that were lost when they declared independence after the Russia-dominated Soviet Union collapsed in 1989. Ukraine was one of them.

He dreams of regaining some of them in his lifetime. He had already taken back Chechnya by a bloody bombing campaign that destroyed almost every building in the capital. Will he do the same in Kyiv? It seems so. He captured 20 per cent of Georgia with a tank invasion some years ago and controls the governments of Belarus and Azerbaijan. Now, he wants Ukraine.

The Russian-dominated Soviet Union grew into one of the world’s most powerful and influential alliances of communist states and eventually encompassed 15 republics- Russia, Ukraine, Georgia, Belorussia, Uzbekistan, Armenia, Azerbaijan, Kazakhstan, Kyrgyzstan, Moldova, Turkmenistan, Tajikistan and Latvia. Some are still aligned with Russia. Russia, then known as the USSR, had total power over its satellite client states, all communist-controlled countries such as Poland, Czechoslovakia, Hungary, Romania, Bulgaria and Albania. The Soviet Union also dominated the Baltic states of Estonia, Latvia and Lithuania and originally also included Finland.

Against this alliance of communist-controlled countries, the Western countries banded together and formed the North Atlantic Treaty Organization (NATO) to defend each other. Under article 5 of the Charter, an attack on one is an attack on all. The Russian satellite states are now free of communist control and are aligned with the Western countries and most are members of the EU and NATO. They now fear Putin will target them next and NATO is sending troops and weapons to these member countries. Ukraine is not a member.

Ukrainians are fighting for their freedom. Putin says he invaded Ukraine to prevent it from becoming a member of NATO since it borders Russia. This unity of NATO countries against Russia is what thwarts the dream of Putin of getting them back to his sphere of influence and this frustration is the cause of his rage.

War and violence will never succeed in getting lasting political power. Diplomacy was rejected by Putin and he chose violence, The power and force of massive economic and financial sanctions, if truly implemented, will, in the end, bring Putin down. The Russian economy will collapse and the people will rebel against him.