Bolivia: May Easter cause peace to Flower 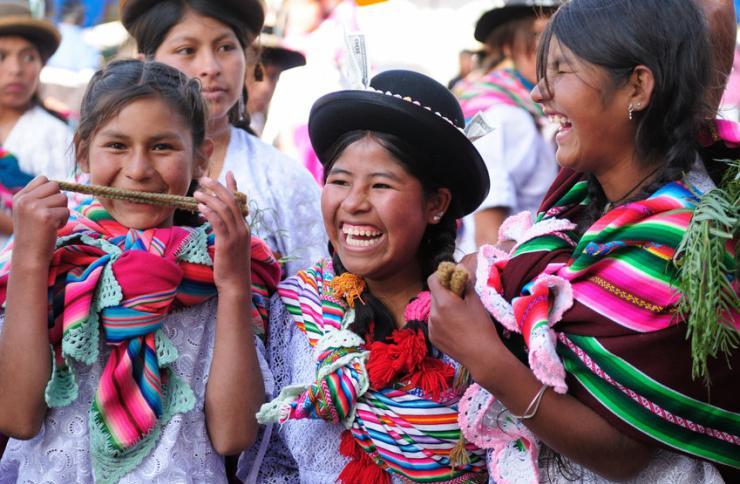 In Tarija in Bolivia, the resurrection of Christ is lived as a movement of transformation in which all of creation participates. The communities in San Lorenzo, Easter is a riot of flowers, colours and music.

At a time like this when peace is wounded, I think back to the symbols of peace and the encounter that people experience during the Easter season. Easter in San Lorenzo, in the Bolivian valley of Tarija, is prepared and celebrated in an original way.

Heirs of various ancestral cultures and in particular of the chapaca culture, the communities of San Lorenzo have created over time a festival characterized by floral decorations, bright colours and joyful songs that acquire a special value, especially during Holy week: rites of the past are performed that celebrate life in union with the celebration of the new life arising from the resurrection of Christ.

On the night of the vigil, the Saturday of glory, people build large arches adorned with Easter roses, purple-orange flags, set out along the streets where the procession passes towards the churches. Everyone wears their most elegant clothes, dutifully decorated and the air carries the natural aroma of flowers.

From all the villages in the region, participants bring drums, sistrums, violins and other musical instruments with them. The floral arches, which symbolize the transition path between the pain of death and the joy of life, are at the head of the procession with the flowers and songs that accompany the “Easter journey in the mixture of suffering and joy”, as in the words of the popular songs that are sung on this night of waiting. With the delicate sound of the violins, we sing: “Dicen que la Pascua viene por esa loma, saltando de rama en rama como paloma” (“They say that Easter arrives on the hills, jumping from branch to branch like a dove”).

And so, the people, on this vigil night, sing, dance and share traditional foods, waiting with persevering hope that life will sprout again like the trees when winter is over. At dawn on Sunday, everyone takes part in the Easter celebration which announces that their waiting has made life be reborn in its fragility and strength.

Jesus has risen! With this immense joy, people go to the Easter dance bridge where many sing stornello songs to the sound of violins while others dance in groups that are open to anyone willing to join in the dance that opens up to joy and celebrates the Resurrection.

The perfume scattered by the Easter flowers refers to the episode of the women told in the Gospel of Luke, where they go early in the morning to the tomb of Jesus taking “with them the aromas they had prepared” (cf. Lk 24: 1-12).

They believed when it was announced to them “He is risen, he is not here”. And they hastened to tell the disciples, but they did not believe! Like women, despite the incredulity of many, we must let ourselves be inspired by this renewed hope, which moves us to act concretely, in the certainty of faith that peace will flourish again.