Pope Francis: “Listening is a dimension of love” 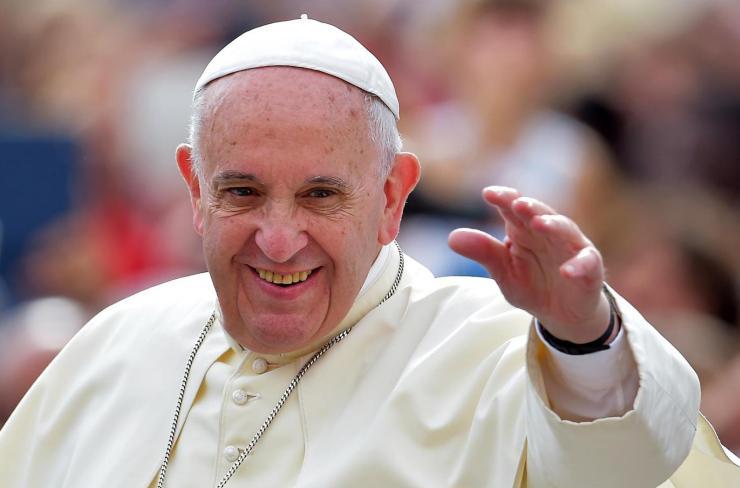 In his Message for the World Day of Social Communications, scheduled this year for Sunday, May 29, Pope Francis says listening is an indispensable first step in human communication, and a dimension of love.

“Listening is the first indispensable ingredient of dialogue and good communication. Communication does not take place if listening has not taken place, and there is no good journalism without the ability to listen,” Pope Francis said in his 2022 message for 56th World Day of Social Communication, reminding communicators that “Listening is a dimension of love.”

Themed, “Listening with the ear of the heart,” the Pope says that “listening means not only the perception of sound, but is essentially linked to the dialogical relationship between God and humanity,” pointing out St. Paul’s message to the Romans that “faith comes through listening.”

In the message, Pope Francis reminds Catholic communicators that “In order to provide solid, balanced, and complete information, it is necessary to listen for a long time (and]) to recount an event or describe an experience in news reporting, it is essential to know how to listen, to be ready to change one’s mind and to modify one’s initial assumptions.”

He further urges journalists to put aside monologues and allow listening to various voices so that communication can be achieved saying “Listening to several sources, “not stopping at the first tavern” as the experts in the field teach us, ensures the reliability and seriousness of the information we transmit.”

He continues, “Listening to several voices, listening to each other, even in the Church, among brothers and sisters, allows us to exercise the art of discernment, which always appears as the ability to orient ourselves in a symphony of voices.”

Pope Francis warns about eavesdropping and spying which he says is a kind of hearing and not listening but a way of “exploiting others for our own interests.”

According to the Holy Father, eavesdropping “is an ever-present temptation that nowadays seems to have become more acute in the age of social networks,” but “what specifically makes communication good and fully human is listening to the person in front of us, face to face, listening to the other person whom we approach with fair, confident, and honest openness.”

“The lack of listening, which we experience so often in daily life, is unfortunately also evident in public life, where, instead of listening to each other, we often talk past one another,” the Pope said, adding that “This is a symptom of the fact that, rather than seeking the true and the good, consensus is sought; rather than listening, one pays attention to the audience.”

He emphasizes that, “Good communication does not try to impress the public with a soundbite, with the aim of ridiculing the other person, but pays attention to the reasons of the other person and tries to grasp the complexity of reality.” At the same time, he laments that “even in the Church, ideological alignments are formed and listening disappears, leaving sterile opposition in its wake.”

In his observation, many times people do not communicate but “We simply wait for the other person to finish speaking in order to impose our point of view.”

The Holy Father concluded that, “with the awareness that we participate in a communion that precedes and includes us, we can rediscover a symphonic Church, in which each person is able to sing with his or her own voice, welcoming the voices of others as a gift to manifest the harmony of the whole that the Holy Spirit composes.”

The annual World Day of Social Communication was established by Pope Paul VI in 1967 to raise awareness of the possibilities that the mass media have to bridge the gap in society.

PreviousThe Youth Corner: We Are a Mission
NextGuinea-Bissau: The Gospel and Social Promotion