Reflection: To Protect and Celebrate Life 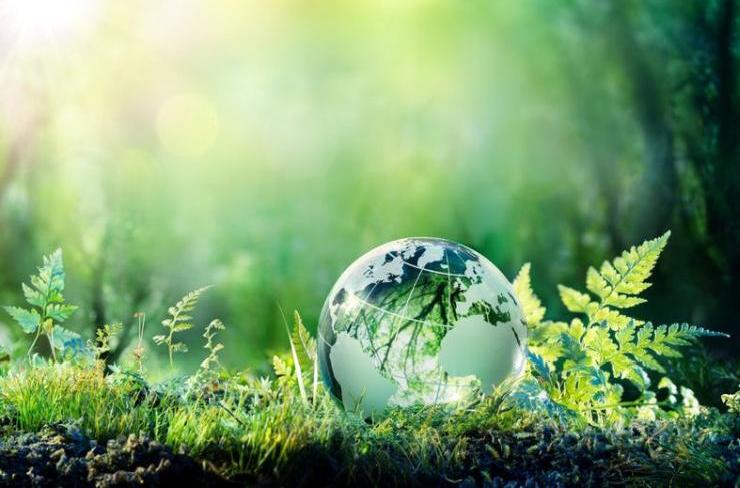 Every day we have to recognize and celebrate the miracle of life itself on this unique planet with millions of diverse amazing creatures making up wondrous biodiversity that exists nowhere else in the known universe.

How blessed we are to exist at all. We are still unsure of exactly how life came to be, how we evolved and why we are the species with the most developed intellect and awesome power over life and death on the planet.

In his now-famous Encyclical Letter of 2015, Laudato Si, Pope Francis raised our awareness of the beauty of the Earth and the universe and the integrity of creation which we are called upon to love and protect and warned of how humans are destroying it.

Most people do not value the earth, our home, our source of being and life. Most do not contemplate the value of life, are unaware of the creation, the earth, the natural world, the biodiversity of life, the universe, or themselves.

Many humans live in an unknowing and mindless daily routine as they struggle to survive in poverty while others, equally mindless, have an abundance of material things and are disconnected from themselves, each other and the natural world of the earth. This is the great tragedy of human life, the only species with intellect, intelligence, knowledge, spiritual values and dignity and human energy are all largely wasted on trivial, useless pursuits.

The human species, with intellect, are living self-destructive lifestyles and economic and industrial activities to the point of destroying the sensitive climate and ecosystems of the Earth, and in the process, are destroying each other. The desires of humans to pursue vast material wealth and power and gain domination over others lead to conflicts and destructive activities leading to the extinction of many species and life on the planet.

The extraction and burning of fossil fuel are excessive and is bringing the earth to the point of climatic global warming where there is a tipping point, a point of no return. Then when reached, warming will continue past 2 degrees until the earth is uninhabitable. Most food crops cannot grow in excessive warm climates.

The majority of people are tragically unconcerned about the looming catastrophe because of misinformation spread by powerful agencies, multinational corporations and their executives. They spread climate change denial and debunk the truth of science to protect their own industries. These fossil fuel industries need to be phased out for replacement by renewable energy sources. The corporate tycoons’ lobby and control politicians to block legislation that promotes renewable energy sources and bans fossil fuels, oil, gas and coal.

Most people are unaware and do not appreciate the complexity of the interdependence of all life forms on earth of which the human species is an intimate part and whose destinies are intertwined with global warming and life together on the earth. Too many humans are bent on killing the other species and each other.

If humans continue to destroy the forests and all the creatures living in them, then the people will have destroyed their own sources of water and medicine and negated the role of forests to control and contain CO2 and thus control global warming. The balanced level for life to thrive is changing and humans are presently perishing as drought spreads in parts of Africa.

As Pope Francis has said in Laudato Si, “The human environment and the natural environment deteriorate together; we cannot adequately combat environmental degradation unless we attend to causes related to human and social degradation. . . ”

The social degradation he speaks of is the impact of poverty among humans and how it affects life on earth. The evolution of the human species continues. Like a virus, there are mutations, some benign, others deadly. The deadly violent humans are the people likely to have unjustly and unfortunately grown up in poverty, both emotional and material deprivation, severe neglect and suffered abuse: psychological, physical and sexual violence. Most victims suffer in silence all their lives, others veer to the path of greater violence.

They desire to inflict on others vengeful violence in retaliation for what they themselves suffered in childhood. They bully, intimidate, silence and abuse all others to get their way. There is no justification whatsoever for the evil that they do.

These people choose to dominate others by force and lead fanatical groups and even nations on paths of violent attacks and war. These leaders become violent tyrants, dictators, despots, out to destroy their critics and other nations even and the environment with extractive industry, mired in corruption and war crimes.

Wars destroy the earth and the environment. As Pope Francis says: “It is foreseeable that, once certain resources have been depleted, the scene will be set for new wars, albeit under the guise of noble claims. War always does grave harm to the environment and to the cultural riches of peoples, risks which are magnified when one considers nuclear arms and biological weapons. Despite the international agreements which prohibit chemical, bacteriological and biological warfare, the fact is that laboratory research continues to develop new offensive weapons capable of altering the balance of nature.”

So, in Ukraine, it may come to a chemical or a nuclear strike, unthinkable as that may be. The environment has been destroyed by devastating accidents at nuclear power plants and in the Philippines, agreements of understanding have been signed by government officials to start plans to build a nuclear plant. People should know what is being done in their name and have a right to protect themselves, their nation and the earth.

PreviousAlgeria: Brotherhood is the new frontier of humanity
NextExtreme Heat: The Price paid by Africa