Reflection: Let us Save the Biodiversity of the Planet 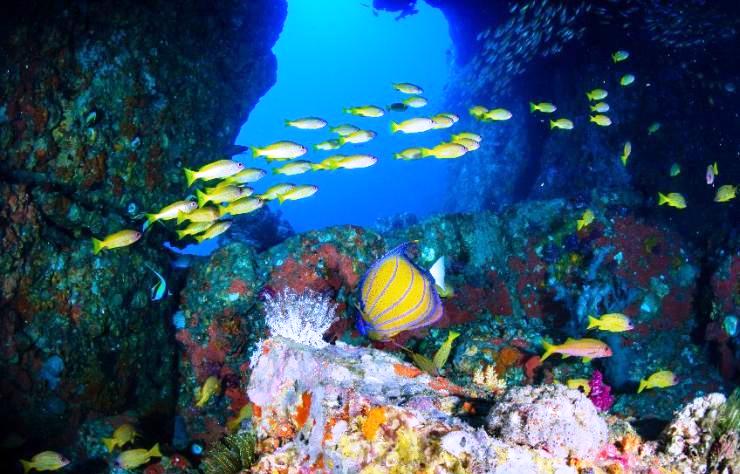 The planet as we know it today will never be the same tomorrow or in the months and years yet to come. Life on earth is diminishing with the massive loss of biodiversity due to the environmental effects of logging, deforestation, invasive species, mass chemical-based agricultural production, climate change and many other reasons.

The COP25 (Conference of Parties – in 2019) attended by all nations in Geneva was trying to agree on ways to protect every form of life on earth and stop the extinction of thousands of species of plants and living creatures. To succeed, wise people and moral leaders with a love of nature have to be elected.

The wise must educate and convince the human species that its survival is not to be found in excessive consumption and exploitation of the natural world by polluting the environment but in its protection and conservation.

Many species are becoming extinct 100 times faster because of us humans. We are the deadliest, most destructive force ever to evolve. We are the T-Rex dinosaur of our time. Our bigger brains have evolved to be able to eliminate all other living creatures and they are busy doing that.

What drives human destructive lifestyle is the uncontrolled desire to possess, exploit, consume, and dominate nature. What the complacent, unthinking human population, living in a fossil fuel-dependent world, does not understand is that life on earth depends on a healthy balanced relationship among all species in the natural world and to live and let live in a sustainable climate; that this respectful relationship with nature is the only way to preserve healthy food sources and sustain all life. Our global warming activity is destroying that balance.

Due to human activity, populations of wild animals have more than halved since 1970 while the human population has doubled. Never before in our planet’s history have so many species and so much biodiversity been lost as quickly as at this time. The fifth extinction event was when the dinosaurs were wiped out. Now is the sixth mass extinction of creatures on earth and it is taking place before our eyes. The loss of biodiversity today is ‘biological annihilation.”

People living in cities are unaware of this great loss to the planet although indigenous people in remote communities see it happening all too quickly. While many of the delegates at COP25 struggle to get agreements to preserve the biodiversity of the planet, there were hidden forces working against them.

The lobbyists for business interests were doing their best to prevent COP 25 from passing strong resolutions that would, for example, limit the use of pesticides that destroy the biodiversity of the land and rivers and pollute the sea. They hopefully might advise a greater reduction in the use of palm oil in the industry to save biodiversity.

The expansion of the massive palm oil industry in Southeast Asia is a root cause of the damage to biodiversity. Political corruption destroys biodiversity on a huge scale. Corrupt politicians abuse their power and give their relatives and cronies in the industry so-called “rights,” claims and permits to exploit the lands of poor farmers and the ancestral land of indigenous people. They work in cooperation with local and multinational mining and agri-corporations. They allow them to deforest and plant palm oil trees. The mining corporations cut the forests for destructive open-pit mining. This is happening on a large scale in the African and Amazonian rain forests and in the Philippines, too.

The government reports that the Philippines is losing approximately 47,000 hectares of forest cover every year. In 2003, the country’s forests comprised 7.2 million hectares but in 2010 it went down to about 6.8 million hectares which are about a 4.6 percent decline. The country is down to less than 24 percent of the original forest cover in the 1900s.

Mass poverty is the result of the greed of the ruling political dynasty of the area and their cronies in the multinational corporations. The people, deprived of land, go hungry and migrate to the city slums of Manila to eke out a precarious survival. There, they huddle together in the shadow of the giant towers of condos of the one percent that make up the super-rich. Corrupt officials are allowing it to happen.

These corrupt political and economic forces that cause poverty and provide a great pool of low-cost labour for the rich to exploit should be held accountable. These same forces are damaging the environment around the globe and in Southeast Asia, including the Philippines. All nations are suffering a loss of their biodiversity.

Once the natural habitat is damaged, the animals, birds, reptiles and insects die out. The spraying of pesticides further advances the destruction of life on earth. Kill the insects and the food of millions of birds is diminished and some will soon be extinct.

Allow an invasive species into a nation and disaster to natural wildlife follows. In the Philippines, the golden snail caused the extinction of native apple snails. They poisoned fishponds with their toxicity, killing the fish fingerlings and they attacked rice fields destroying the crops. It is a real environmental disaster.

A government report from the National Biodiversity Strategy and Action Plan, 2002),  says “The Philippines is considered as one of the world’s “biodiversity hotspot” with at least 700 threatened species thus making it one of the top global conservation areas. Based on reports of the number of illegal wildlife trade, the country’s ports have been a hub for Illegal wildlife trading. The Philippines also has the highest number of threatened species per unit area in the world”.

We can change things around by demanding accountability from the government bureaus in charge of the natural resources, the department of agriculture, and forest management. The people can demand that they preserve and not destroy. We can show children videos like the Blue Planet by David Atthenbourgh. Teach the children to love nature.

We can plant trees, create a fenced-off area in our gardens and farms to allow wildlife to thrive. We can support environmental NGOs saving the damaged environment. We can be good stewards and protectors of biodiversity and the natural world.

PreviousKenya: The Thousand Faces of the Parish Community
NextBolivia: Singing To Mother Earth