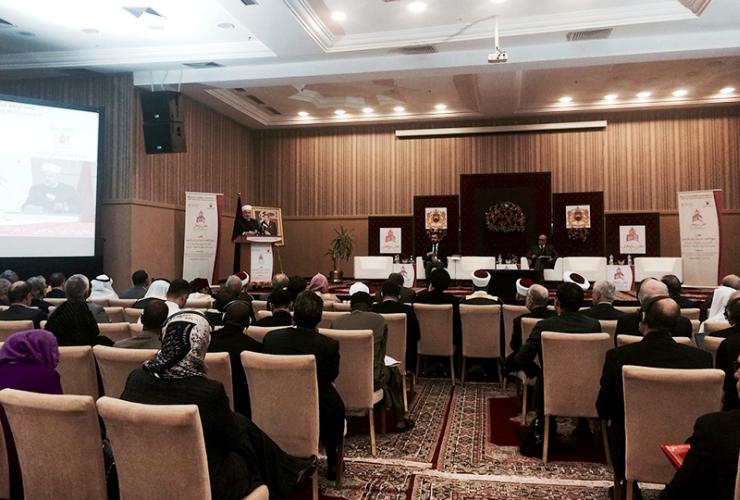 Muslim leaders from around the world adopted a declaration defending the rights of religious minorities in predominantly Muslim countries.

Participants said the Marrakesh Declaration, developed during a conference between January 25-27, was based on the Medina Charter, a constitutional contract between the Prophet Muhammad and the people of Medina. The Declaration states that the Charter, introduced 1,400 years ago, guaranteed the religious liberty of all – regardless of faith.

The Declaration also stated: “Conditions in various parts of the Muslim world have deteriorated dangerously, due to the use of violence and armed struggle as a tool for settling conflicts and imposing one’s point of view”. According to the Declaration, this has enabled criminal groups to issue edicts that “alarmingly distort” Islam’s “fundamental principles and goals”.

Alongside asking scholars and Muslim intellectuals to develop the concept of citizenship in Islamic societies, the Declaration launches an appeal to educational institutions for “a courageous review of educational curricula, to eliminate any topic that incites aggression and extremism, bringing war and chaos”. It also asks politicians to “establish a constitutional contractual relationship among its citizens”.

Finally, it calls upon the various religious groups, who are bound by the same national fabric, to address their mutual state of ‘selective amnesia’ that blocks memories of centuries of joint and shared living on the same land, and to reject any form of denigration of the other. The Marrakech Declaration concludes that it is “unconscionable to employ religion for the purpose of aggressing upon the rights of religious minorities in Muslim countries”.

Fifty leaders of other religions were present at the meeting in Marrakech and expressed their gratitude for the Declaration. Cardinal Theodore E. McCarrick, retired Archbishop of Washington, provided the public report from the interfaith observers at the conference:

“I was privileged to have listened to the declaration of our final gathering. It is truly a great document, one that will influence our times and our history. It is a document that our world has been waiting for, and a tribute to the Muslim scholars who prepared it. As one of the People of the Book, I thank you for this document, and I thank the Lord God who has provided his followers the courage to prepare this document. I will be honoured as an observer to support it.”