India: A Nun-Lawyer at the Service of Detainees 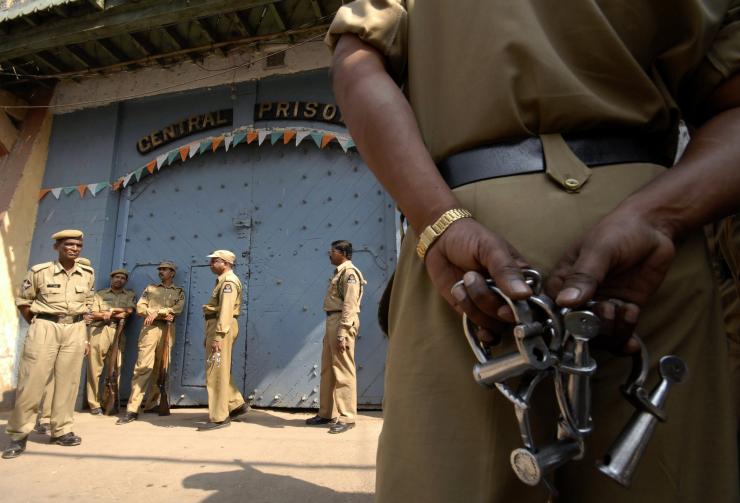 She alternates her violet-coloured sari with her black judicial gown; her daily prayer is followed by skillful oratory in the courtroom. Sister Theresa Joyce is a nun from the Congregation of St Anne’s Sisters, a diocesan order of Madras in southern India, but she is also a criminal defence lawyer.

For ten years now, she has had the unique experience of following two vocations seemingly at odds with one another: consecrated life and defending the accused in court. But according to Sister Theresa, they are not mutually exclusive. Speaking about her vocations, she smiles and says: “I don’t see any conflict. I do not share the assumption according to which lawyers are liars. A lawyer is ultimately a human being with a human heart. The individual decides which side he/she will take up. And if you follow your conscience, you’ll always be on the right side”.

Sister Joyce hails from Kolar, in the Indian state of Karnataka. She entered the Congregation of St Anne’s Sisters, and having completed her studies, she was professed as a nun in 1990. In 1994, she became interested in providing pastoral care in prisons. During her service, she met a priest who told  her about how his life had changed after a visit to a prison: he had become more sensitive to the needs of the marginalised and of those who suffer behind bars. The Gospel says that the suffering Christ resides in them.

Inspired by this story, Sister Joyce felt a strong urge to commit to the wellbeing and rehabilitation of prisoners. This is when she received what she refers to as a “special call”. She began visiting prisons more frequently, helping inmates with their material needs. “But that wasn’t enough. All they want is to be able to look at the blue sky again”, she said, leading her to the realisation that she needed to become a lawyer.

Achieving her goal was not easy. Although she was given permission to take up law, Sister Joyce could not give up her duties as a teacher within the congregation: “I only attended classes on holidays and studied all night for 20-25 days before the exams”, she recalls. For five years she worked hard to juggle community life with her teaching commitments and law studies. Her studies always came hand-in-hand with a strong spiritual motivation. In 2005, she finally became a qualified lawyer – and the first-ever nun in the history of the Indian Church to actively practice as a criminal defence lawyer.

To illustrate how she balances profession and vocation, Sister Joyce says: “We are all sinners. Prisoners are sinners who are caught… there are those who make reparations and turn good in prison. We need to have mercy and give them a helping hand”. She goes on to say: “Detainees, deprived of their freedom, are ‘last among the last’; helping them is not in conflict with the teachings of Christ – indeed it is their implementation”.

“As a lawyer,” she adds, “I try to stand by the truth. So I make a number of visits to the petitioner, his/her family, and understand the situation. Until I am convinced that the person is in the right and needs help, I won’t take it up”. Sister Theresa offers free legal assistance and does not discriminate between religions and castes. She gives preference to those who cannot afford a lawyer.

“The law of God is a rule of life”, she says, passionately; and by this rule she has defended more than 450 cases in ten years. She weaves the language of the Gospel, a language that comforts the marginalized, with her life and work, and into her closing statements.