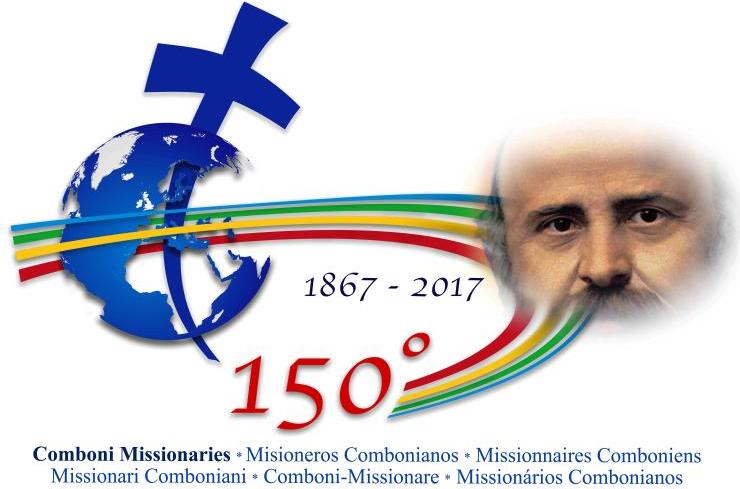 This year, Comboni Missionaries will celebrate the 150th anniversary of the foundation of the Institute. We have asked Father David Glenday, former Superior General (1991-1997) and current secretary general of the Union of Superiors General based in Rome, to share with us what it means for him to celebrate this event.

To celebrate the 150th anniversary of Daniel Comboni’s foundation of his missionary Institute is deeply personal. It is the celebration of a multi-faceted grace that has accompanied me from my earliest years, and that I have grown to appreciate and comprehend in the different events and stages of my missionary journey. For me, this celebration is about gratitude and my gratitude towards St Daniel Comboni, for the ways the Institute has so deeply shaped and enriched my life. Let me share just three of my many reasons for this gratitude.

An Experience of God
In his “Plan for the Regeneration of Africa”, Daniel Comboni makes it very clear that he lives his mission, and all the initiatives this mission leads him to take, as sharing the mission of God.

Reflecting and praying on his first deeply painful experience of mission in Central Africa, he discovers that there, in the midst of the loss and apparent failure, he has in fact come to know the Living God, a God-in-community and a God on mission, a God who goes out to the ends of the earth, and takes us with him, if we let him. This is surely why, when Comboni comes to found his Institute, he envisions it in terms of a “little Cenacle”, a present-day Pentecost, a place where human beings are drawn into the missionary mystery of the Trinity.

This is why the true life of this Institute is a life in the Spirit, and why a proper way to celebrate these 150 years is to say – the best is yet to come. This is why it may well be that the fragility and limitations of the Institute today, rather than being obstacles to mission, may be the way to discover where and how the Spirit is leading us into the future. In other words, this celebration is just as much about the future as it is the past.

This Work is Catholic
I was born in India, an Irish mother and a Scottish father, and so I suppose it is not strange that I should be especially grateful for the fact that St Daniel Comboni, from the very beginning, intended his Institute to be entirely international, or “Catholic” as he liked to say. The God he had discovered and experienced was a God for the whole world, involving the whole Church in a mission directed to every continent, nation, language and culture. Only by being open to members from every nation could this Institute, Comboni clearly felt and understood, be an effective and credible witness to the mission of God in the world.

This path has not been, and never will be an easy one for us Comboni Missionaries, and we have had our struggles and failures along the way. There is, however, something very beautiful about the fact that in the end we have always been drawn back, at times despite ourselves, to this desire and intuition of our Founder. Deep in our hearts, we know what we are called to be – a little seed in the world of the family the Father longs for and desires.

A Mission for Every Disciple
As we celebrate 150 years since Daniel Comboni had the courage of founding his Institute, we can only wonder at the width, vitality and freshness of his vision. Once again, from the very beginning, he was clear, both in thought and action, that God had shared his mission with the whole Church, with every baptized person and in spite of the many difficulties he encountered, he pressed forward with this vision.

Every bishop, he stressed, was called and ordained to accept responsibility for the evangelisation of the whole world and not just of his own diocese. He went to the First Vatican Council, seeking to convince the bishops of this. His Institute was not to be composed only of priests, but also of laymen totally dedicated to mission. The “Brothers” who have made such a rich contribution to these 150 years, and without whom this Institute would not be Comboni’s.

Within the same dynamic, Daniel Comboni involved women in the mission from the start and went on to found the Institute of his Sisters. The two Institutes are two lungs of the same body, and the whole can only breathe and live well when this truth is lived in the daily practice of Comboni’s mission. The Founder reached out to laypeople, again both men and women, to other missionary Institutes and groups, to communities of contemplative Sisters, before being theory, this was for him the reality of mission, a reality that continues to challenge and provoke.

In the same direction, a particularly beautiful and evocative aspect of St Daniel Comboni’s foundation of our Institute are the relationships and the friendships. He lived with so many of the outstanding missionary figures of his time: St John Bosco, St Arnold Jansen, founder of the Divine Word Missionaries, with Fr Jules Chevalier, founder of the Sacred Heart Missionaries, and so on. Here, too, to celebrate these 150 years challenges us and points us forward towards the future.

Thank you, and yes
As Pope Francis says towards the beginning of his Evangelii Gaudium, the joy of the evangeliser always shines against the backdrop of grateful memory. It is this joy and this kind of memory, which fills me and enthuses me even more today than when I first met Daniel Comboni so many years ago. Put simply, I am glad that this holy missionary did what he did.