Most Africans Will Not Receive the Coronavirus Vaccine this Year 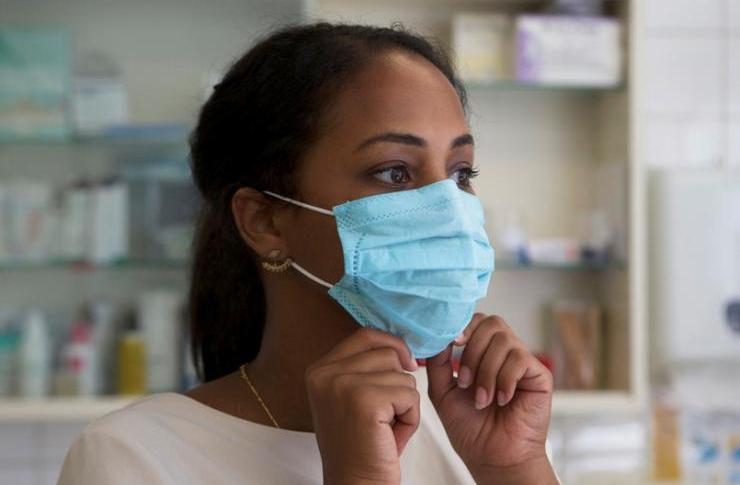 Countries across Africa are hunting for deals to obtain COVID-19 vaccines at affordable prices, but their limited funds will cover less than half of their citizens. One estimate places access to a vaccine at one person out of 10.

In Uganda, nine million doses of the life-saving vaccine have been ordered through GAVI – Global Alliances for Vaccines and Immunization – amid surging new infections in the country. The vaccines will cover only 20 percent of the country’s population.

In Kenya, the country is seeking 24 million doses of a Covid-19 vaccine from COVAX, a global initiative to ensure rapid and equitable access to COVID vaccines with 1.2 billion doses of safe and effective vaccines to be shared among 92 lower-income countries this year.

With an additional $92 million, Kenya can buy more doses, enough to vaccinate 30 per cent of its citizens.

AstraZeneca, a British-Swedish multinational pharmaceutical company and part of COVAX, said it will provide vaccines at cost “in perpetuity” to countries in the developing world at a cost of no more than $3 a dose.

Pfizer, a for-profit operation, has not joined the initiative. The wholesale price for their drug is $20 a dose – out of reach for most of Africa.

Morocco and Egypt are buying vaccines from the China-based Sinopharm. Recently, Egypt received the second batch of Sinopharm’s Covid-19 vaccine, bringing the country’s inventory to 100,000 – enough for 50,000 people, a small fraction of a total 98 million population.

Morocco says it will vaccinate 80 percent of adults with Sinopharm starting this month after King Mohammed VI instructed the government to make the vaccine free, according to a Royal Palace statement.

In the East African region, Rwanda and Kenya say they’ve applied for the AstraZeneca/Oxford product. Rwanda is set to acquire the vaccine in the first quarter of 2021 and distribute it to 20 percent of the population.

“Rich countries have enough doses to vaccinate everyone nearly three times over, whilst poor countries don’t even have enough to even reach health workers and people at risk,” said Mohga Kamal Yanni, from the People’s Vaccine Alliance. “The current system, where pharmaceutical corporations use government funding for research, retain exclusive rights and keep their technology secret to boost profits, could cost many lives.”

Earlier portraits of South Africa dodging a bullet from the fast-spreading coronavirus present a major undercount of infections and deaths rampaging throughout the country. Worse yet, life-saving vaccines are not expected to arrive until the second quarter of the year at the soonest, according to Health Minister Zweli Mkhize. The timing will depend on bilateral negotiations with the drug companies, he added.

Currently, South Africa has the most reported COVID-19 cases in Africa. KwaZulu-Natal has the most active cases, followed by the Western Cape. Total infections since the pandemic began are 1,088,889 with 29,175 coronavirus-related deaths.

Until a week ago, government projected a June or July vaccine roll-out even as infection numbers were advancing quickly. This week, in a 180-degree turn, a policy speed-up was announced. “We are targeting minimum of 67% of the population to achieve herd immunity by the end of the year,” said Minister Mkhize.  But so far only enough doses for 10% of the population have been secured.

The government’s fumbling of the crisis has ignited a mounting wave of criticism from medical professionals and health experts. Dr. Aslam Dasoo from the Progressive Health Forum accused the government of dropping the ball in securing the vaccine.

Professionals from Cape Town’s Red Cross Children’s Hospital echoed Dasoo’s concerns. “We call on the Department of Health to act urgently, transparently and decisively to obtain vaccines and to implement vaccination so as to reduce death and illness and bring the pandemic under control,” wrote Professor Heather Zar, a leading public sector paediatrician in an open letter. Signatures to the letter have reached 2,500.

“South Africa has a strong primary health care system. The success of the antiretroviral program shows what the health system is capable of. We are well-placed to implement vaccination,” she wrote.

But Shabir Madhi, professor of vaccinology at Wits University and co-founder of the African Leadership Initiative for Vaccinology Expertise (ALIVE) took a darker view. He berated government for dragging its feet while most of the available vaccines were spoken for. The vaccination goal of 67% of the population is aspirational, he said, not a strategy until the drugs are secured. The numbers put forth by government are unrealistic and create false expectations, he said. “So, we see trouble.”