Oral Literature: The Honey Bird and the Three Gourds 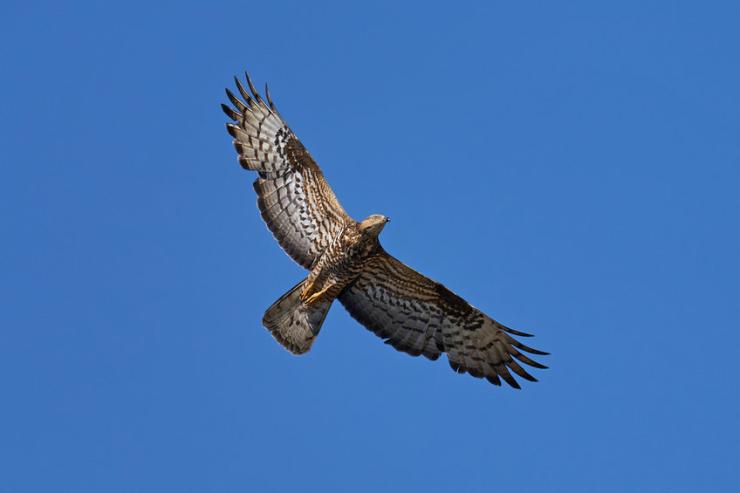 One day, a God asked Mayimba, the Honey Bird to meet with him. The God gave Mayimba three gourds which were all sealed, and the following instructions, “Go to the man and the woman I first created and give them these three gourds. But you are not to open them on the way. When you reach their village, you need to relay the message: ‘Open this gourd first, it contains seeds which you will need to plant for food.’ But tell them not to open the other gourds until I arrive. When I arrive, I will advise them on what to do with the other two gourds.”

Mayimba the Honey Bird started the very long journey to his friends, but he was overwhelmed with curiosity about what the gourds contained. When he could not resist the temptation anymore, he stopped flying and opened the first gourd that contained the seeds. When he saw that this did just contain seeds, he replaced the seeds back into the gourd and closed it once again. Mayimba thought about continuing on his journey, but the other gourds were teasing his mind, and he decided to open the second gourd.

The second gourd contained medicine, which had the ability to cure death, illness, tiredness and to tame wild and dangerous animals. But Mayimba had never experienced any of those things, so did not understand what they were, or how valuable they were. Mayimba placed them back into the second gourd and fastened it back up.

Mayimba the Honey Bird thought about just flying ahead with his mission and taking the gourds to his friends as instructed. Yet again, the third and final gourd kept occupying his mind. His curiosity was aroused, and he wanted to know what was inside. When he opened the gourd, the container was filled with death, disease and dangerous animals.

When the gourd was opened, everything escaped and dispersed throughout the world. Mayimba tried to recapture them but was not able to. He could not bring them back inside the gourd and it remained empty.

The God came along, as promised. He quickly saw that the Honey Bird had opened all the gourds, disobeying all the instructions he had given him. The God was very angry, yet together with Mayimba he tried to recapture all of the evil spirits and beings that the Honey Bird had released. But they were not able to do so. The God was furious and said to Mayimba: “You have done a very wicked thing! This is your fault.”

Mayimba was frightened when he heard the God’s disapproval. Therefore, in fear and in tears, he flew into the wilderness wishing to never come back to the village where the first man and the first woman lived.

The God went to visit the first man and the first woman he had created, Mulonga and his wife Mwinambuzhi. They were the first on earth, the first people who Mayimba the Honey Bird was to have given the sealed and unopened gourds to. The God said to them: “Your friend Mayimba the Honey Bird has made a serious mistake, by failing to follow my instructions. He was eagerly curious to know what I had prepared for you, and he could not wait to open the gourds that I sent you.

“He has unknowingly started great trouble for this world, and even I will not be able to repair the damage that he has done. However, I will teach you how to do useful things, such as sew clothes, build houses. You will be able then to find shelter from the elements and wild creatures.

From this day, Mulonga, Mwinambuzhi, and all their children and descendants had to learn new skills in order to eat, survive and flourish. Unfortunately, due to Mayimba’s curiosity, their life had also changed, and they have now to deal with evils such as diseases, death and wild animals.