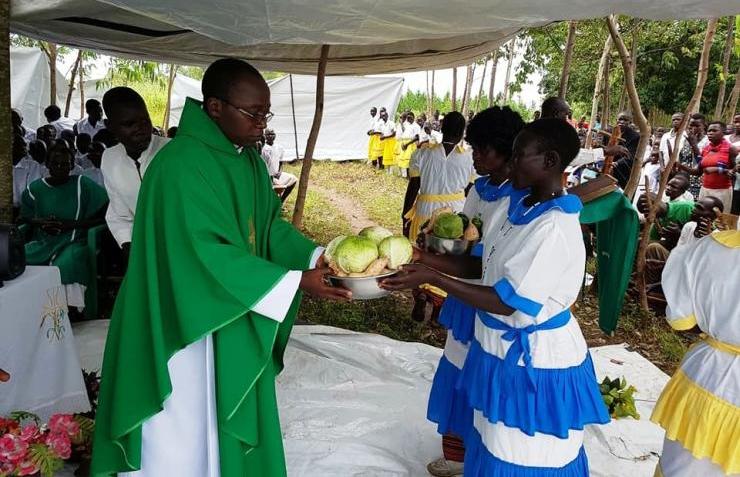 According to The Annuarium Statisticum Ecclesiae, referring to the year 2020 – the most recent year where numbers are available – baptized Catholics in the world go from 1,344 billion in 2019 to 1,360 billion in 2020, with an absolute increase of 16 million, equal to about + 1.2%.

Looking at the number of Catholics in the various continental areas on the world total, the trend towards an increase in the weight of Africa is confirmed (whose Catholics rise from 18.7% in 2019 to 18.9% in 2020 of the world ones), and on the other hand, the drop in the European one, for which the percentage of the world total drops in 2020, from 21.2% in 2019, by almost a fifth of a percentage point.

In 2020, America remains the continent to which 48% of the world’s Catholics belong. Of these, almost 28% are present in South America. Finally, the incidence in the Catholic world of the Asian continent appears to be moderately increasing, which, with a weight of 59% of the world population, remains around 11%. with regards to Catholics. The incidence of Catholics baptized in Oceania on the world total remains stable, albeit with a consistency that reaches 0.8%.

It should also be noted that the relative weight of each continent remains stationary over the two-year period with a greater concentration on the total in America and Europe. In Africa, the share of Bishops on the world total is 13.4% in the two years.

At the end of 2020, 410,219 priests, both diocesan and religious, were present in all ecclesiastical circumscriptions of the Catholic world, with a decrease of 4,117 units compared to a year earlier. The comparison with 2019 shows, as regards the territorial distribution, that in North America and Europe there is a decrease, respectively of 1,114 and 4,374 units; the decline in North America is also offset by a decline in the rest of the American continent of 307 units; in Oceania the decrease in the two-year period was 104 units.

Permanent deacons constitute the group in the strongest evolution over time: from 48,238 units in 2019 to 48,635 units in 2020, with a relative increase of almost 1%. The rates of variation, however, remain different between the various continental areas. They are growing in the American continent where the dynamic is sustained: in 2019 this continent had 31,668 units, while in 2020 the number rises to 32,226 units.

There was a slight decrease in Europe where their number increased in the two-year period from 15,267 to 15,170 units. In Africa, Asia and Oceania where deacons do not yet reach 2.5% of the total overall, they decrease by almost 5%, reaching 1,239 units in 2020. There are no significant variations in the territorial distribution of deacons, during the period examined: there is only a slight increase in the relative number of deacons in America and a decrease in that of Europe.

A significant numerical variation is that recorded by professed religious who are not priests. In 2019 they were 50,295 units in the world and then reached 50,569 units in 2020. It should be noted that the increase is concentrated in Africa (+ 1.1%), Asia (+ 2.8%) and Europe (+ 4%). On the contrary, these operators decreased, in the two years, in America (-4%) and in Oceania (-6%). In 2020, the incidence of non-priest religious from Africa and Asia reaches, overall, the share of 43% of the world total, starting from an incidence of 42% in 2019. Europe continues to maintain a consistent relative incidence (+ 28.6%), but in clear growth. The group made up of America and Oceania fell by almost one and a half points compared to the previous year.

In Europe, America and Asia, but especially in the first continent, the decreases are significant (-4.3% in Europe, -4.2% in America and -3.5% in Asia). The percentage distribution of seminarians by continent highlights, in the two-year period, slight changes, Africa and Asia contributed 58.3% of the world total in 2019; in 2020 their share rises to 59.3%. Aside from the slight negative adjustment in Oceania, America and Europe as a whole see their share decrease: in 2019 the 46,552 American and European seminarians represented almost 41% of the total, while a year later they fell to 39. 9%.