How Porcupine got his Quills 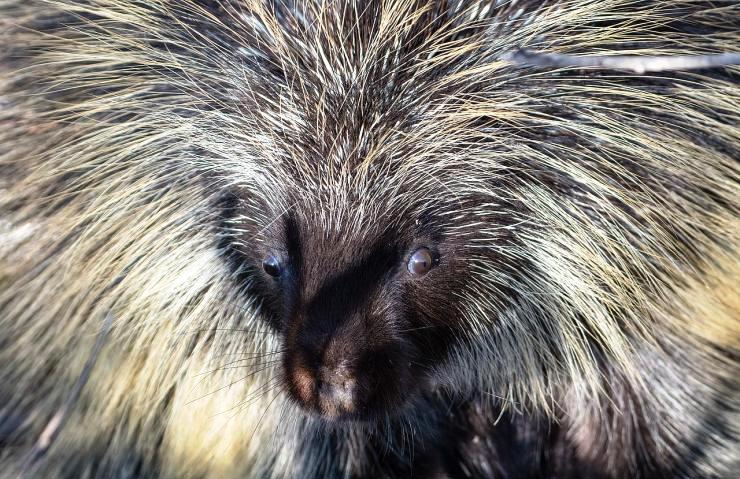 There was a time long ago when Porcupine did not have quills. Early one morning at dawn, when Porcupine and Jackal were returning home after staying out all night, a strong wind suddenly whipped the landscape into motion.

The branches of trees fought hard against the wind that threatened to uproot them and shrubs moved in a circular manner, blown this way and that by the strong wind. A blanket of dust coated the land.

Despite the weather, Porcupine and Jackal continued on their journey home together and in vain Porcupine mentioned to Jackal that if all the animals on the earth were as handsome as he was, life would be far more pleasant for everyone.

Porcupine’s vanity angered Jackal and as they walked through the windswept grasslands, cunning Jackal devised a scheme to put an end to it. “Porcupine – said Jackal turning to face his friend as they faced the wind together -. There is someone living in that thorn bush over there who can make you better looking than you already are!”

“Really?’” said Porcupine, very interested in Jackal’s proposition. “Yes – said Jackal affirmatively -. And I’m sure that he would be very willing to help you.” Eager anticipation rose in Porcupine as he considered the implications of Jackal’s suggestion. The thought of becoming even more handsome excited him.

“But Porcupine – said, Jackal -. I think that you should leave your beautiful coat of fur with me. I’ll look after it for you.” Porcupine did not really want to do that but his thoughts were focused on becoming even more beautiful and this impaired his judgement.

In obedience, Porcupine did what Jackal asked of him and took off his handsome fur coat. He then trampled through the thick bush that was full of spiky thorns and in no time his back was covered with the long sharp, black-and-white spikes that he could not remove.

When he made his way back to the scheming Jackal he said, “Porcupine since you cannot put on your beautiful coat of fur over those long black-and-white spikes, I shall have to take ownership of it and wear it myself!”

And so, even today, Jackal has a shiny, handsome fur coat while Porcupine has a coat of long ugly quills. From that day, Porcupine has never been vain again. He no longer boasts of his good looks as he has lost them.

PreviousBolivia: Socavon, Life Is a Joyful Dance
NextThe Youth Corner: Vocation is a gift of life