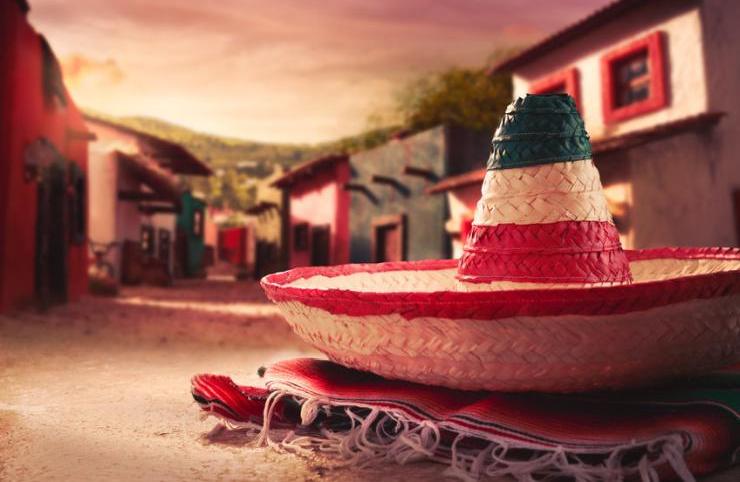 ‘Labour Day’, is celebrated on the first of May along with the religious feast of ‘Saint Joseph the Worker’ in the municipality of Chilapa, Guerrero, in south-western Mexico.

The celebrations held in honour of Saint Joseph the Worker begin on 30 April with a great fair. Merchants from all over the region come to sell fruit, vegetables, food, and utensils. The festival begins with a parade of floats and the performances of dancers.

But the culmination of this event is on May 1, Labour Day, when the statue of Saint Joseph is taken to the atrium of the church where people come to pray to him and to place candles at its feet.

Some offer the Saint incense; others hang necklaces of marigold flowers on the arms and neck of the statue and kiss it with great fervour. In the meantime, in the square outside the church, families gather to eat corn, snacks, and compadres drink mezcal and beer.

The dances, the magic sound of the violins and the chilefrito bands (so called because they play various rhythms), are cultural expressions intrinsic to the festive nature of this celebration.

One of the most interesting dances that are performed in this festival is the Los Ocho Locos dance, which is also known as the dance of the Eight Vices. It involves a number of dancers who represent the eight vices as well as an angel, a devil, a doctor, and a priest.

This dance of Spanish origin involves numerous movements and spoken text which are accompanied by the music of a violin. The melodies can be sad or merry according to the passage that is interpreted. The Dance of the Moros and Christians is another typical dance performed during the feast of Saint Joseph the Worker.

It has its origin in the Twelve Peers of France, based on the story of Charlemagne, and was introduced by the Spanish monks during the Conquest. The first performance of this dance dates back to 1524, and it was so successful that it spread throughout the country, from Oaxaca to New Mexico in the United States.

The dancers form two antagonistic groups to represent the faithful of the two religions. This dance is part of a larger ceremony that can last up to two days and consists of mock battles. The dancers in the performance that takes place in Chilapa are all women except for the leaders of the groups who are two men.

The dancers representing the Christian women dress in blue and the dancers representing the Moro women in red, and all wear capes embroidered with sequins. The festival in honour of Saint Joseph the Worker culminates with the Castles of Fire, hand-assembled pyrotechnic castles, and the Burning of the Bulls. The bulls are made out of papier-mâché with fireworks shooting out of it going in different directions.

The Castles of Fire shoot off batteries of fireworks into the sky, and enormous multi-coloured papier mâchéd bulls are run through the streets by whole families, firing off fireworks in all directions while the band keeps on playing.

In this way, lights, sounds, dances, food, mezcal, beer, and amazing fireworks conclude the celebrations in honour of Saint Joseph the Worker in the municipality of Chilapa.