Refection: stop the extinction of a million species 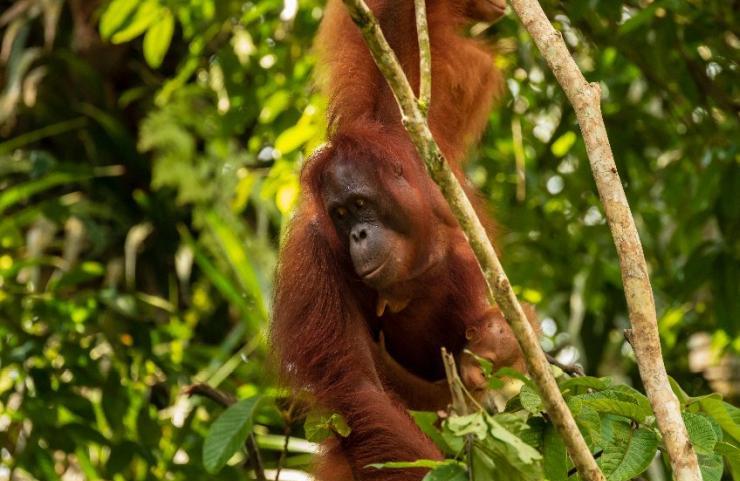 We have to change, the world has to change, and the humans that are controlling the oil, gas, and coal industries and power plants have to change. They are the root cause of the CO2 in the atmosphere that is causing the planet to overheat. Immediate evidence of this is the present heat waves that are overwhelming parts of the world.

The news is so disturbing. Sometimes I don’t want to read about the devastating drought in stricken Somalia and Sudan, Mozambique, Iran, Morocco, and elsewhere in Europe and the United States. If you are a denier of climate change, the summer heat waves may convince you that the world is heating. We can’t hide from that truth.

More devastating floods in China and Bangladesh are ecological disasters, homes destroyed, animals drown and millions of creatures in the natural world die, crops are destroyed. The burning forest fires in Portugal is another ecological disaster. It is heart-wrenching to watch the flames endangering more of the massive two-thousand-year-old sequoia trees in Yosemite National Park or in California’s Sequoia National Park.

In two years, forest fires destroyed 14,000 sequoia trees in California which is 20 percent of the world’s greatest tree. I have been to Muir Woods to see the giant redwood trees, they are truly awe-inspiring.

We can rightly blame their losses on human greed and selfishness and profligate lifestyles that are based on consuming electric energy coming from burning fossil fuels, gas, oil, and coal. Everyone must demand an end to these industries and replace them with renewable energy: wind, solar, geothermal, and/or wave-generated electricity.

Many continue to deny that we humans are causing global warming and that we humans are responsible for the heating of the planet and the destruction of nature. The resulting fires, floods, loss of habitat to forest destruction, and human activities are warming the globe and driving millions of creatures into extinction. Why are we so destructive of the natural world when we are a part of it and depend on it?

Money moguls and tycoons want profits from buying and selling destructive fossil fuels. Corrupt politicians are benefiting, too. In many countries, while lauding the change to renewable energy, they are approving payments of taxpayers’ money to the rich oil and coal companies to explore and produce more fossil fuels.

Most of the G7 governments pay out as much as $775 billion to $1 trillion every year in subsidies to oil, coal, and gas companies. Their ulterior motive is to please their voters and get corporate funding for re-election campaigns. Most likely, the politicians have investments in the corporations, gross hypocrisy which makes them like white tombs of the dead, looking clean on the outside but rotten and corrupt within.

An important study by the International Monetary Fund in 2015 shows that the collateral damage and unpaid costs of the production of coal, oil, and gas fossil fuels are amounting to as much as $5.3 trillion annually or payouts of $10 million per minute for these companies. If this money was invested in alternative clean energy sources such as wind, solar, geo-terminal, hydro, and tide generation, the climate crises would be solved.

Yes, we the human species, the ones with the so-called big, intelligent brains, are hell-bent on self-harm and destruction of the natural world. It’s not too late to save the planet but we must act now. Today, we are causing the third great extinction- a million or more plants and animals will be extinct in the coming years as the planet gets hotter. Heat waves could become permanent in places and creatures and plants will not be able to adapt quickly enough to survive.

A new scientific report based on extensive studies and research named The Intergovernmental Science-Policy Platform on Biodiversity and Ecosystem Services says the imminent extinction of almost a million species of plants and animals and fish is caused by climate change and how humans are affecting the planet. The report says the following:

Globally about 50,000 wild species are used for food, energy, medicine, material, and other purposes through fishing, gathering, logging, and terrestrial animal harvesting. More than 10,000 wild species are harvested for human food with one-in-five people dependent on such species for income and food.

We make about 8 billion visits to wildlife-protected areas each year, generating about €600 billion in tourism revenue. One-third of humanity – about 2.4 billion people – rely on fuel wood for cooking, including 1.1 billion people without access to electricity. Two-thirds of global industrial Roundwood is provided by wild tree species. Twelve percent of wild tree species are threatened by unsustainable logging.

Thirty-four percent of marine wild fish stocks are overfished. Four hundred forty-nine species of sharks and rays are classified as threatened mostly as a result of unsustainable fishing practices.

This list is based on rigorous scientific research that cannot be ignored. We have to change our way of life to make human survival sustainable. What the research shows is that hundreds of millions of people depend for survival on the natural world of living animals, fish, and plants.

We, humans, are devouring these resources and creating an atmosphere that is destroying the life upon which we depend. It is self-destruction with more catastrophic consequences yet to come unless we work together to save the natural world of plants and animals from climate change.

PreviousMission Diary: Kenya, the Gospel of Patience
NextBolivia: Waturikunapuni that Inspires the Time of Creation