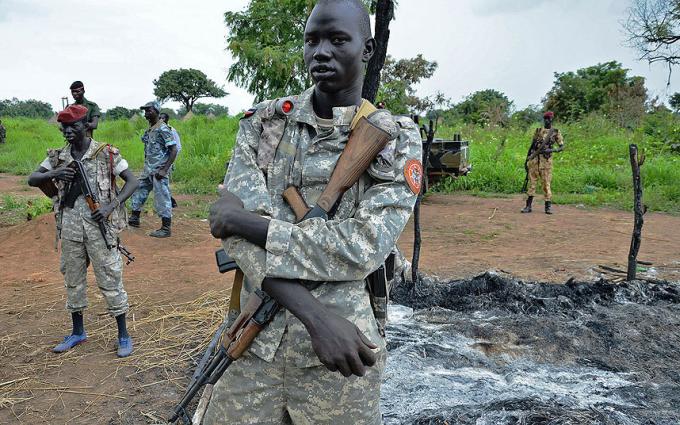 The Comboni Missionaries are devoted to the spreading of the Gospel and the fostering of human development in 40 countries worldwide. As part of their global presence, the Missionaries are active in 16 African countries – including South Sudan.

For decades, Sudan has been riven with internal ethnic conflict, which was only moderately allayed by the separation of South Sudan after a referendum in 2011. The most recent wave of armed conflicts, which commenced in December 2013, has led to over 2 million people leaving their homes and land.

The Comboni Missionaries collaborate with local churches in South Sudan to offer pastoral care to the different communities and support education and healthcare.

Recently, the Comboni Missionaries of Mapuordit, in the Lakes State at the heart of civil strife, said in an open letter: “We are witnesses of the gradual disintegration of the peaceful community that we have served and committed to for the past 22 years”.

The letter is an appeal calling on all political officials in the region to “urge the government to commit to the disarmament of the Lakes”:

“We are concerned, outraged and discouraged in light of the shocking events that hit our community.”

The Missionaries have been running a pastoral centre, various schools, and a hospital in Mapuordit since 1993. Last September the hospital was theatre to a violent event: Father Placide Majambo, a Comboni Missionary, suffered gunshot injuries in an attack on a hospital ambulance.

In light of widespread insecurity, the Missionaries also denounced the escalation of ethnic conflict, which is “destroying families, relations, normal social relations, freedom of movement and free access to hospital facilities, as well as equal access to prayer and the Sacraments”.

The violence associated with rent-seeking is fostering additional fear among the people of Mapuordit: “Those living in the suburbs are afraid of sleeping in their homes and so many flee to our school and hospital”.

PreviousBishop Addresses US Congress: “We Have a Moral Obligation to Help Central American Children”
NextPope Francis’ Visit to Central African Republic: An Occasion for Peace