Peru: No turning back 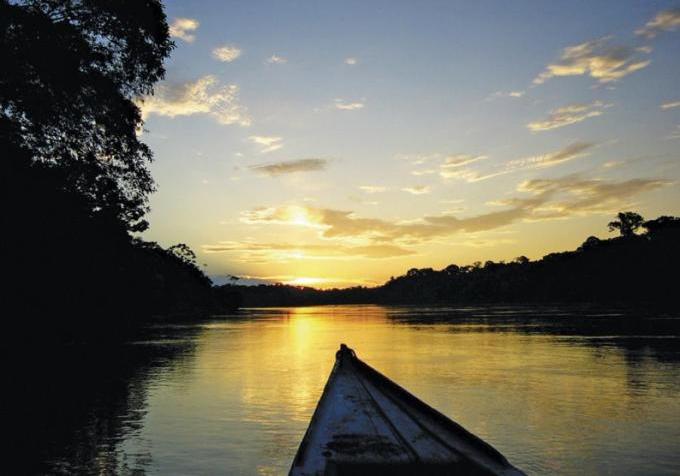 To advance evangelisation is every missionary’s mission and purpose. Father Randy Recalde, from the Philippines, talks about his missionary experience in Peru.

I arrived in Peru in 2011. After a period of preparation, I joined the Comboni community of Pangoa, and after a year, I was assigned as parish priest of San Martin.

Peru is a country with a rich and varied geography. It has three very distinct regions that run from the south to the north of the country: the costa which faces the Pacific Ocean and is a semi desert; the sierra, including all the regions of the Andes Mountains; and the selva, the tropical side of Peru, bordering the Amazonian forest. The district of San Martin de Pangoa is located in the Selva Central of Peru, and it consists of 8 municipalities and 207 annexes.

The Pangoinos are made up of the colonos – people from different parts of Peru, but mostly from the sierra, who settled in Pangoa to farm; and the Nomastigenga and Ashanika indigenous people. The main source of livelihood of the Pangoinos is farming (coffee beans, cacao, oranges, pineapple and other tropical fruits). The land is fertile, being irrigated by great rivers and surrounded by mountains and valleys.

The parish of San Martin de Porres serves the whole political territory of the District of Pangoa. There are three priests serving the parish – a Mexican, a Congolese, and a Filipino. The main task of the Comboni community, which established its presence in this part of Peru in 2009, is evangelisation. Aside from the regular pastoral activities of the parish, we undertake a periodic visit of the municipalities and annexes of Pangoa. Because Pangoa is an agricultural region, most of our young people leave and migrate to cities like Lima or Huancayo for university studies or job opportunities and do not pursue their Christian studies. Another challenging factor for us is the vast territory of the parish. There are two ways to visit the communities: a 6-8 hour journey by car through unpaved roads, or a boat journey which can take between 8 hours and 2 days. It’s impossible for us to visit all the 305 municipalities and annexes; and the distance and the cost of travel significantly affect our ability to carry out work in the established mission too.

The communities of colonos are diverse in their customs. Most of the adults were baptised when they arrived in Pangoa, but brought their own traditions with them. They usually invite us to the town fiesta or anniversary and ask us to administer baptism and first communion or to preside over weddings. But they are less interested in receiving catechism or any kind of formation, and in establishing a Christian community. They equate Catholicism only with a fiesta.

The Nomatsigengas indigenous people are more willing to receive God’s word and respond well to our invitation. In some of these native communities, we have a young but flourishing Christian community. Because of past terrorist activity which traumatised the Ashaninka, their communities are largely closed to outsiders. They have receded to the shore of the river and have established a very limited relationship with others.

Narco-terrorism is still a problem in these areas. Despite the ostensible demise of the Sindero Luminoso organisation in 2000, the Peruvian government has not been able to completely eradicate it: it still provides protection to drug traffickers against the military and police forces. Some members of the organisation act as assassins. There have also been reports that the organisation produces its own coca crops and operates cocaine labs. In return, the drug traffickers finance the activities of the organisation, paying for its acquisition of firearms for example. There have been several confrontations between the government forces and the traffickers in this area. If the government really wants to end narco-terrorism in the country, it should fight it not only by force, but also by improving the farmers’ living conditions and educating the young people to combat poverty.

If I look back at these three years, I see that I am not alone in my enterprise. God has sent several co-workers, so that we may labour to build God’s Kingdom in Pangoa together. First, there are my two missionary confreres, who share the same vision and mission. Second, we have the Sisters of the Missionaries of the Sacred Heart. Lastly, we have some lay people – the members of the pastoral councils, members of the Legion of Mary, religion teachers, some catechists, and the young people – who share our passion for evangelisation. Together, we respond to Pope Francis’ invitation to go on a journey to the new phase of evangelisation. I have been living here for three years and I continue my work with renewed enthusiasm and a joyful hope that God will sustain me wherever He sends me.