South Sudan: Between Tenderness and Testimony 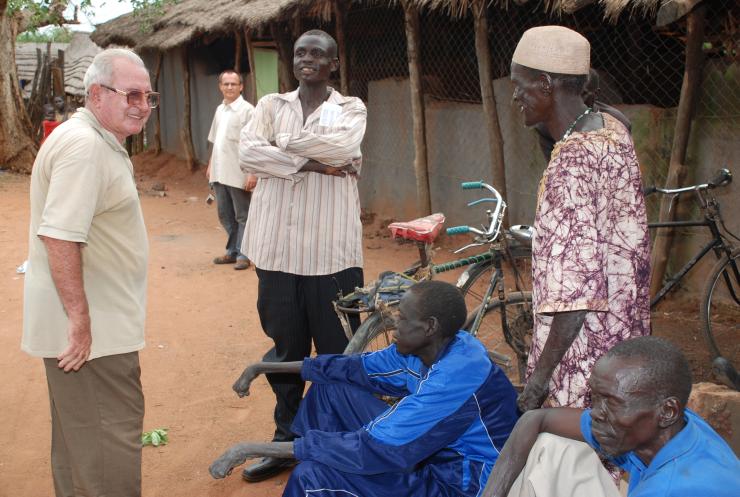 A Comboni Missionary living in South Sudan, a conflict-torn country, talks to us about the importance of the signs of mercy during this Jubilee Year – a year of promoting forgiveness and mercy, inaugurated by Pope Francis in December.

Under the shade of a tree in the woods, fifty catechists are listening carefully to Father José Javier Parladé, a Comboni Missionary, who has left Yirol, the parochial center in South Sudan, to temporarily move to Billing, a few kilometers west. In Billing, he will be running a 10-day training course for catechists, intended to support Christian communities who, by now, have unfortunately become accustomed to living in a state of permanent war.

The 73-year-old Spanish missionary says: “I’ve been here for 45 years, and I have seen continual intermittent conflicts. When one war ended, another one broke out. This has been enormously wounding for the population and little by little, violence has pervaded their minds and revenge has become a quite natural response. Tackling this trend with gestures of mercy is not easy”.

Mercy is the word coming spontaneously from the heart of Father Parladé; and it is also the theme of the Jubilee. Pope Francis wrote: “It is indeed my wish that the Jubilee be a living experience of the closeness of the Father, whose tenderness is almost tangible, so that the faith of every believer may be strengthened and thus testimony to it be ever more effective”.

Tenderness and testimony is what the Comboni Missionaries want to bring to this land of suffering. Despite the fact that the armed conflict has become a chronic disease that seems to bury the future of South Sudan, José Javier Parladé does not give up. He admits: “It is true that when experiencing war for the first time, one rebels until the moment one becomes disillusioned and exhausted, since one cannot understand the reason for such suffering.

“But as faith slowly heals the wounds inflicted by this fratricide war, as a missionary one becomes committed to all the people affected by the conflict.”

Despite all the suffering, Father Pariadé acknowledges that there are signs of hope: “Recently a group of soldiers crossed the Nile, stole the cattle from a village, and killed eight livestock guards. A few days later, dozens of exiles from the soldiers’ tribe arrived at the same village. As soon as I found out, I rushed to get there, in order to give them shelter before the people of the village would attack them for what the soldiers of their tribe had done few days earlier.

“But to my great surprise, when I arrived I saw that all exiles had been welcomed in spite of the tragic events that occurred a few days earlier.”

Although Yirol has not been the epicenter of the fighting, the missionary explains that “inside the mission, one can feel the tension”. José Javier Parladé is in charge of a parish consisting of four priests and a brother. The priests are responsible for the pastoral work of the 54 chapels of the parish, while the brother runs the several schools in which more than 5,000 children are provided with a good education in the region: “We live across the Nile, which means we suffer some of the peripheral consequences of the conflict. For example, we are hosting refugees on our land. After an exodus occurred overnight, we suddenly found thousands of people under the forest trees, with no blankets and no food.”

Father Parladé finds the face of Merciful Jesus in the faces of those people: “I cannot forget a woman whom we met a few days ago. She told me she was escaping holding the hands of two of her children, while her husband was with the other two children. But all of a sudden, she could not see the three of them anymore – and still has not been able to find them again. While she was escaping, she was shot in her face by a guerrilla. Only the cries of her children gave her the strength to rise up again and come to us for help.”