Bethany: “Our hearts are open to all who knock at our door” 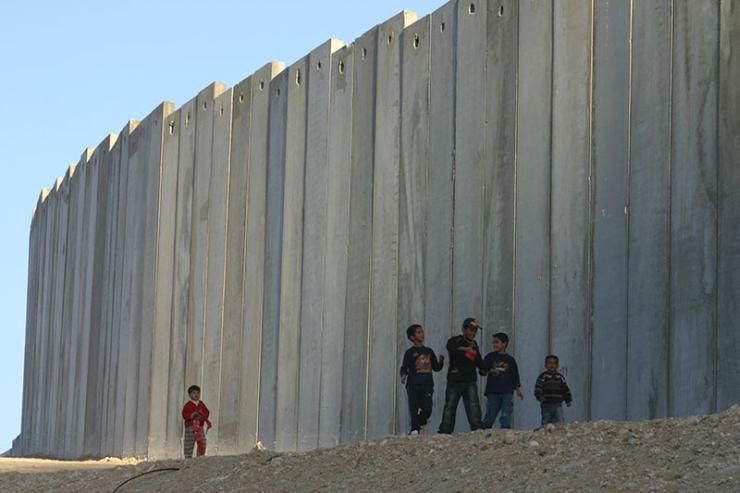 One of the Comboni Sisters Communities is based in Bethany, about two miles east of Jerusalem on the slopes of the Mount of Olives. It is also known as al-Eizariya (Arabic for ‘Place of Lazarus’,) and it is marked by the infamous “Security Wall” built by Israel.

The Comboni Sisters have been serving in Bethany since 1966. Through the years, they have been active in a variety of ways: by combating human trafficking, through their apostolate among the nearby Bedouin population, and above all by building bridges between the Israeli and the Palestinians. Today, the twelve Comboni Sisters who make up the community in Bethany have to contend with a new obstacle: the “Security Wall”, which cuts across their property and has seriously affected the education of local children and the assistance rendered to their families. How do you operate in the shadow of a barrier twice the size of the Berlin Wall? Comboni Sisters Germaine Minkarios, who runs the Saint Mary Kindergarten for Palestinian children, and Anna M. Sgaramella, involved in the educational project, told us their story.

Sister Germaine said: “We live next to the largest Israeli settlement in Trans-Jordan, and people here need special permits to go to Jerusalem. They also have to go through two road blocks. Most young people cannot find jobs and 60 percent of Palestinian families live in poverty. We have been directly affected by the Wall, which cuts through our property, making it almost impossible to serve the needy as we would like to. Saint Mary’s follows the laws of the Palestinian community, and its curriculum, with a five-day school week for a total of 32-34 weeks a year. The programme is designed to help children merge into the mainstream elementary system. Around 50 children, aged 3 to 5, attend. They are mostly Muslim, and about half a dozen are Christian. Some of the families live on our side of the Wall, but most of them live across the Wall, in a Palestinian area which is under Israeli control”.

The school is located in an area known politically as “occupied territories”. The Wall effectively blocks the ancient road connecting Jerusalem to Jericho, and it has cut the village of Bethany in half. Thanks to a certain amount of humanitarian pressure on the Israeli military when the Wall was being built, a small door was installed in it. Each morning, Palestinian parents would bring their small children to the door and deliver them to the Sisters for the school day.

Sister Germaine continued: “Unfortunately, the door was eventually blocked. A proposed passage point to Jerusalem, which is guarded by the military, was never opened. As a result, in order to come to school the children and their parents have to take two buses, stand in line at the checkpoint, and then face a half-hour walk”.

One of the negative consequences of the “Security Wall” is that it denies the possibility of any type of mutual exchange between Israelis and Palestinians. Since 2004, a generation of children has grown up on both sides of the Wall, condemned to live by the fears of its elders. They will never meet, never know one another, and never share their stories and their dreams.

Sister Sgaramella adds: “We plan to stay, of course. We will continue to serve as a bridge between the two communities until things change and the Wall comes down. We have been encouraged by the Pope’s symbolic stopover during his visit to Jordan and Israel, to pray at the Wall and contribute to the effort to bring Palestine and Israel together. While we wait, our house and our hearts are open to all who knock at our door – in the tradition of Mary, Martha, and Lazarus”.