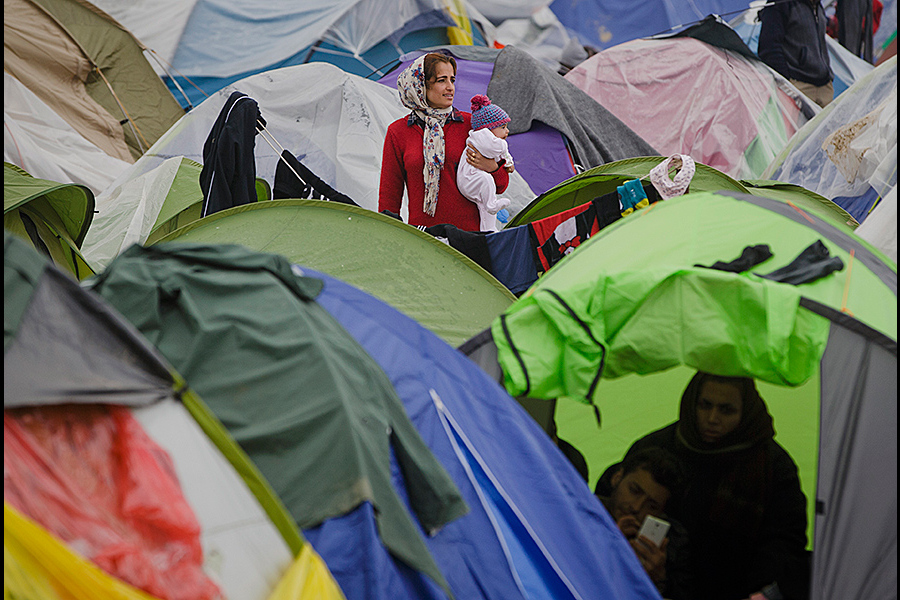 According to the Holy See, enabling those Syrian citizens who are refugees or internally displaced to return to their homes is an essential prerequisite for building a pluralistic society that respects the rights of everyone, including minorities.

The Holy See has put forward a number of key proposals for the solution of the Syrian crisis, including:

On March 15th, which marked the fifth anniversary of the Syrian civil war, Monsignor Richard Ghyra, the Vatican’s representative to the United Nations in Geneva, delivered an address at the 31st session of the UN Human Rights Council, which focused on Syria. The Holy See, which was the first of the world’s major institutions to speak, raised the crucial issue of enabling the millions of Syrian refugees and displaced people to return to their homes. The Holy See linked the displacement of the Syrian people to the need for respect for ethnic and religious minorities – in other words, the creation of a pluralistic, open, and well-structured state that recognises everyone’s rights.

Monsignor Ghyra said: “A crucial dimension for reaching a sustainable solution in the peace-building process is respect for a pluralistic society, where ethnic, linguistic or religious minorities have their place as full members of society and the Syrian state. The survival and the well-being of the aforesaid minorities is the guarantee of a democratic state, respectful of differences. In fact, the recognition of their rights does not weaken in any way the state; on the contrary, it enriches and strengthens it. In this sense, the return of refugees and internally displaced people is an essential condition for reconciliation, reconstruction, and sustainability of any solution of the conflict.”

Monsignor Ghyra reiterated the need, already highlighted by the Holy See previously, to “begin immediately the delivery of humanitarian assistance to the population in need and to remove all obstacles so that humanitarian organisations can have access to all areas. Without the protection of civilians and their human rights, there cannot be a just political solution.”

Recent figures on the Syrian crisis are shocking. According to UNICEF data, almost 700,000 Syrian children aged between 5 and 17 do not have access to any form of school education. One in three people – 6.3 million overall – are exposed to food insecurity. In October 2015, 2.4 million people were at high risk of food insecurity. Other striking figures show that 2.4 million people suffer from a lack of adequate housing, and more than 11 million people require medical assistance; including the 25,000 people who are wounded each month. The economic situation is also disastrous: four in five Syrians live in poverty; the average life expectancy has dropped by about 20 years since the beginning of the crisis; and one in four children is at risk of developing a mental health disorder. Most hospitals and homes have been reduced to rubble. Although the international community is pouring enormous sums of money into Syria in an attempt to stem the crisis, there are still insufficient resources.

The Holy See has also emphasised another aspect of the Syrian conflict – the disregard for international human rights: “Crimes against humanity are frequent and unpunished; intentional attacks against the civilian population occur daily,” Ghyra said. Unjustified arrests, tortures, religious persecution, and beheadings feature in the dark chapters of this tragedy, which Christian communities have also fallen victim to.

Finally, the Holy See emphasised that “in the process of reconciliation and peace-building, the inclusion of all parties is necessary”. As such, the resumption of negotiations, the announced withdrawal of Russian forces, and the first feeble ceasefires that have come into force offer a glimmer of hope that will remain vital in putting an end to the violence.