The Archbishop of Portoviejo, Ecuador: “Hospitality and Mercy” to Overcome Discouragement 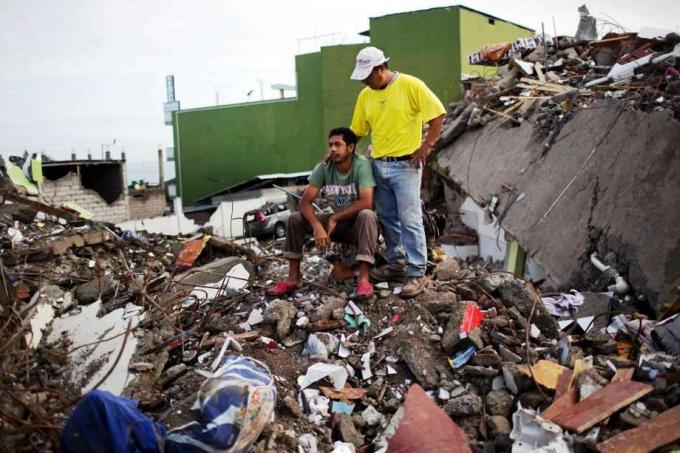 The Archbishop of Portoviejo, His Exc. Mgr. Lawrence Voltolini, recently spoke about the moments following the 7.8-degree-magnitude earthquake which devastated Ecuador on the evening of Saturday, April 16th.

“The experience of the earthquake was really a great trauma for everyone, but especially for the many families who lost their relatives. I think about that father from Manta who lost his wife, his two sons, mother-in-law, and a nephew; or that family whose father was trying to pull everyone to safety in the car: the house in front of which he had stopped collapsed and buried all of them. Tragedy, pain, death reached us all unprepared. We were for days astonished, incredulous, always waiting for some more tragic news,” the Bishop said.

He continued: “The tragedy could have been certainly much bigger if the disaster had been on another day and hour. Many people go to Mass on Saturday that starts, in general, at 7 or 7.30pm. I was standing in the chapel of an outlying district of the city of Portoviejo. I had just finished celebrating Mass. The faithful who were still in the church fell to the ground, and there was no electricity. Many churches were severely damaged. Some cannot be repaired so they will have to be destroyed completely. Many schools and clinics were devastated, some burned to the ground”.

The Church, right from the beginning, did its utmost to accommodate the homeless and distribute food and water to the most needy. Even the Bishop’s house, having withstood the quake, was transformed into a hospital. “The ‘Food Bank’ immediately sent us a huge container of water and food. Priests, the pastors of the city of Portoviejo, and the volunteers also arrived to give a hand. The example of many priests was really nice and brave. In most small towns, parish priests were, and still are, the real organizers of relief, even before the State. The volunteers were really good and effective”.

The Archbishop also noted that the state organisation did its part by providing lighting, removing the debris, and assessing the stability of the buildings. But he said to the authorities that on some occasions, the Church would like to enjoy more freedom “in doing good” – in distributing necessities to parishes and small communities.

Finally, the Archbishop pointed out that the motto of their pastoral plan is “Hospitality and Mercy”: “We have not changed it, because it seemed the most appropriate to live and overcome the temptation of discouragement”.