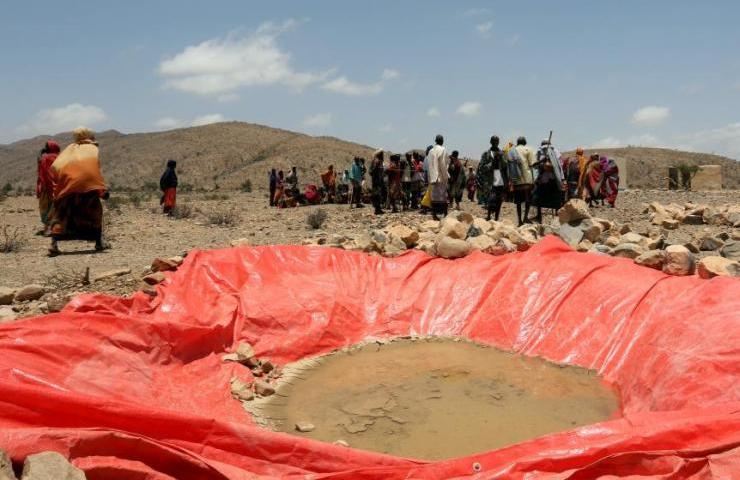 Certain regions in the eastern and southern part of the continent are facing the devastating impact of El Niño.

For months now, international organisations working in the field of food safety – in particular those linked to the UN, such as the World Food Programme (WFP) and the Office for the Coordination of Humanitarian Affairs (OCHA) – have warned of the impact of El Niño on crop and livestock production prospects in Southern Africa.

New figures from the UN’s World Food Programme indicate that 40 million people in rural areas and 9 million people in urban centres – those who live in the drought-affected parts of Zimbabwe, Mozambique, South Africa, Zambia, Malawi and Swaziland – will need food assistance in the next year. In addition, the UN’s Office for the Coordination of Humanitarian Affairs (OCHA) reports that 10 million people need food in Ethiopia.

The 2015-2016 manifestation of the El Niño weather phenomenon was one of the strongest in the past 50 years. According to the Food and Agriculture Organisation (FAO), between October 2015 and January 2016, El Niño caused the lowest recorded rainfall in at least 35 years across many regions of southern Africa. El Niño’s impact on agriculture is severe. Poor rainfall, combined with excessive temperatures, has created conditions that are unfavourable for crop growth, leading to an increase in the price of basic foodstuffs. In February 2016, the cost of maize, the regional staple in Malawi, was 73% higher than average. On April 17th, the Malawi government was forced to declare a ‘State of Emergency’ due to food shortages. The projected drop in maize harvested is estimated at 12% lower than last’s year output and 33% lower than the average of the last five years. In February, the average price of food products in Mozambique was 50% higher than that of 2015.

In several cases, El Niño hit countries like Somalia, which were already in difficulties for a number of reasons, including internal conflicts or long-term political crises. On 26th April, a group of non-governmental organisations declared Somalia at risk from famine. But even countries which appeared to be more stable, like Ethiopia and South Africa, felt the consequences of El Niño. In Ethiopia, crop production between November 2015 and January 2016 dropped by 50–90% in some areas and failed completely in others. The challenges resulting from El Niño could last for up to two years, and therefore, alongside crop failures and livestock losses, Africa will also have to face the depletion of food supplies.

Experts do not predict a rosy future. According to Nick Nuttall, press officer of the UN Framework Convention on Climate Change (UNFCCC), emergencies of this kind will be frequent in future due to the gradual increase in the global temperature – a phenomenon more evident in Africa than in other areas of the world.

Philippines: On the side of the underdog

Bangladesh: the mission of dialogue