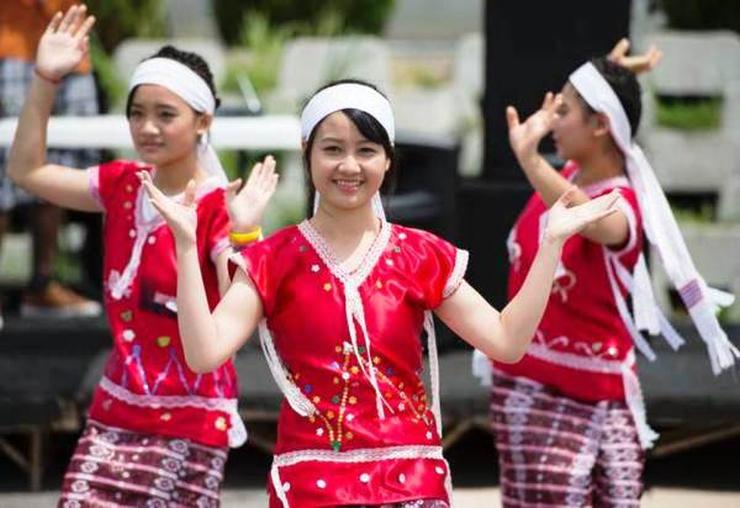 The Karen people are the second largest ethnic minority in Myanmar. Because of the civil war they were spread throughout different countries in the South East of Asia, in the Unites States, Australia, New Zealand and the Scandinavian countries. To strengthen their identity and unity, each year they celebrate the “wrist-tying” festival.

The month of August marks a time of year when the bonds of tradition that bind the Karen people are tied in a symbolic – but also quite literal – way. In Karen families and communities around the world, white threads are tied around wrists in a ceremony known as Lah Ku Kee Su.

Lah Ku means August, and Kee Su describes the act of binding the wrist. Traditionally the festival takes place at the end of the August full moon, but the timing is flexible.

The festival has no religious significance; it is mostly rooted in ancestral beliefs in spirits – one Karen interpretation of wrist-tying, for instance, states that binding a white thread around the wrist of a sick person will cure or alleviate the malady by attracting back to the body a spirit whose absence caused the problem in the first place.

The main purpose of the festival, however, is to reinforce Karen identity and contribute to the continuation of Karen culture. During the festival, young Karen people perform traditional songs and dances.

Every aspect of the festival is heavy with symbolism. The thread, for instance, has to be white because white is the colour of good will.

The five different foods eaten at the festival are also carefully chosen for their symbolic significance. Two kinds of rice are prepared: balls of rice, signifying Karen unity, and sticky rice, symbolising Karen sincerity and faithfulness. Bananas are brought to the ceremony to signify honesty, friendliness and mutual help. Both the sticky rice and bananas also signify the unification of the Pwo and Sgaw sub-groups of the Karen. Paw Gi, a kind of flower, and sugar cane join the festive menu to symbolise the regenerative vitality of the Karen people. Water is drunk as a recognition of its life-giving properties.

Karen elders get things started by singing a traditional song and then explaining to the community the ancient meaning of the ceremonies that follow. These ceremonies begin with prayers imploring the spirits – or K’la – to return from wherever they are roaming and stay in the family and community circle.

The wrist-tying ceremony then follows. The Karen elders wind white thread around the wrists of seven young unmarried couples three times, knotting the bracelets and breaking the thread with their fingers. Then the ceremony is repeated with the rest of the community.

Traditional Karen costumes are worn during the festival – longyi for the men and sarongs for the women. Traditionally, married women wore a red sarong and black shirt, and single women donned the Karen long white dress. Times are changing, though. These days, women can wear any colour as long as they keep to the distinctive long dress. But this concession is probably the only change the Lah Ku Kee Su festival will see for some time to come.