Christians Before the Wounds of the World 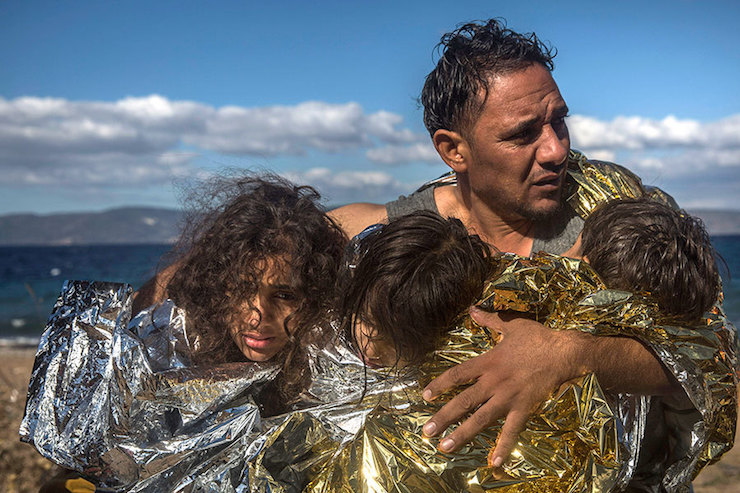 Individuals, society, the planet itself are suffering from many wounds. How to contribute to their recovery? A meditation by Cardinal Luis Antonio Tagle, Archbishop of Manila, Philippines.

Today, people, society and the planet itself are suffering from many wounds. The failure of relationships within the family causes wounds to all its members, affecting even future generations as a consequence. Individualism, with its unilateral insistence on the rights of the individual, often affects people’s ability to care about others.

Ethnocentrism, xenophobia, nationalism, and religious intolerance are social attitudes that affect the poorest. Individualism stigmatises foreigners, minorities, immigrants and the poor; it discriminates against these people and represents them as the cause of all problems. The ongoing conflicts throughout the world are mainly ethnic, political and religious. They generate an enormous number of refugees, victims of human trafficking, and new slaves. International terrorist groups who destroy lives, dreams, and places with great historical and cultural value also cause terrible wounds.

However, wounds can be healed. But how? What can we do? The Czech theologian Tomàš Halik says that “the Resurrection does not imply the elimination or the devaluation of the Cross. The wounds remain wounds”. Christ’s wounds remain in the wounds of the world. Halik adds: “Our society is affected by wounds. I am convinced that those who turn a blind eye on others’ wounds have no right to say: ‘My Lord and my God'”.

According to Halik, touching Christ’s wounds in the wounds of humanity is the essential condition for an authentic faith: “One’s faith can’t be real if one does not touch the injuries, the pain of the world. Because all the miseries of this world and of humanity are wounds of Christ. The faith that pretends not to see the suffering of people is nothing but an illusion. Only the faith which has experienced and acknowledged wounds is credible”. We must be aware that our modern society basically does not want to see and touch Christ’s wounds in the people’s wounds. Wounds represent our weakness, our sins; that is why we refuse to see them.

In October 2015, I visited the Idomeni refugee camp, in Greece, near the border with Macedonia. Thousands of tired, hungry and desperate people fleeing Syria, Iraq, and Afghanistan had sought refuge there. They had been able to bring only a few clothes with them, along with their most precious treasure: their family. One could see, smell and touch wounds there. There was a lot of anguish in that place, but at the same time a lot of courage, a lot of dignity, and a great and valuable commitment to keeping hope alive.

I talked with a Greek woman who was supervising the distribution of food, clothes and medicines. She worked in the refugee camp. I asked if that was part of her job. She said it wasn’t, and specified that she had volunteered. I was surprised that she added a service to her ordinary work, and asked why she was doing so. She replied: “My ancestors were refugees. I have the status of a refugee in my DNA. These poor refugees are my brothers and my sisters. I can’t abandon them.”

Those are words of love and mercy that come from generations of people who suffered deeply. Shortly afterwards, on my way out of the camp, I saw the Exit sign written in the Greek language, ‘Exodos’, (Exodus). Yes, God is at the head of his people. The Lord is leading the wounded to the road that takes them towards the hope for a new life,  from the terror of death. In that refugee camp was the Risen Lord. I met Him there, among the wounded.

PreviousPhilippines: Bishops Warn About Threat of Dictatorship as Duterte Declares National Emergency
NextThe Island of Lamu in Kenya: Keram, a Board Game