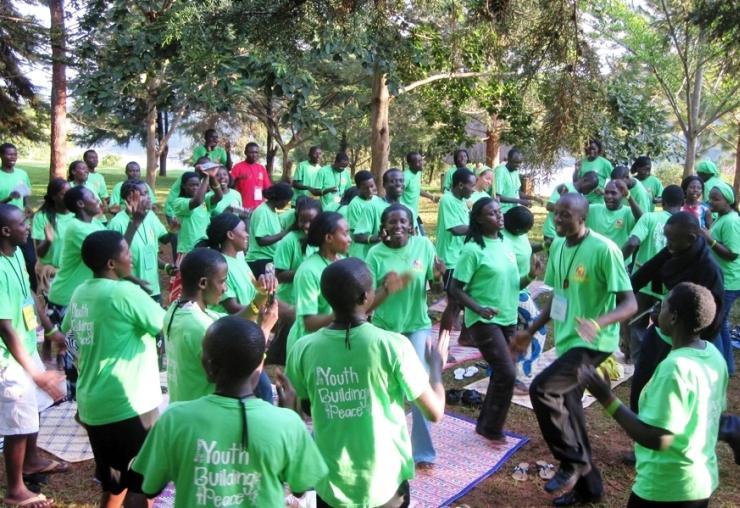 Reflecting on church life in the country, the major superiors of these congregations in Uganda recognised that the people of God in Uganda were still affected by poverty, exploitation, corruption, violence, and lack of respect for human dignity and rights. In his letter Ecclesia in Africa, the late John Paul II called upon the Church as the family of God in Africa to bear witness to Christ and affirm commitment to justice and solidarity by each member of God’s people.

In response to this call, after years of reflection and discernment the five religious institutes decided to establish the John Paul II Justice and Peace Centre in 2006. The intention behind the name of the centre was to keep alive the teachings of the late Pope, who tirelessly disseminated the Gospel call of Jesus on reconciliation, justice, and peace. The founding institutes envisaged an empowered people of God, living in a just and peaceful Uganda inspired by the Gospel values. The founders also wanted to make the Catholic Social Teaching more widely known and effective to the religious and the laity.

In realising the vision of the founders, the Centre creatively contributes to the building of a just and peaceful Uganda through training, research, and advocacy, based on the Catholic Social Teaching of the Church. Training is conducted on various topics (human rights, peace building, environmental protection, good governance, gender, leadership, etc) to empower citizens with their civic rights and responsibilities. The training targets teachers, school drop outs, religious leaders, youth, and catechists. Research is undertaken by the Centre to provide evidence on issues of social injustice, alongside recommendations to improve these issues. Advocacy activities are organised by the Centre to encourage duty-bearers to fulfil their obligations, and right-holders to hold their leaders accountable. For effective advocacy, the centre collaborates with other organisations to ensure a collective voice.

Through its training, JPIIJPC has expanded and strengthened civic education initiatives in the country. The Centre has enhanced teachers’ commitment to civic education in secondary schools and increased civic responsibility among students. Teachers trained by the Centre engage students in their respective schools in civic actions, such as environmental protection and charity work.

The Centre has studied social justice issues in detail. Specifically, it has investigated issues such as the plight of slum dwellers, food insecurity, conflict between central government and cultural institutions, the plight of people with mental illness, the difficulty of accessing maternal health care, and challenges to provision of quality Universal Primary Education (UPE) in the country. These studies exposed the silent issues that some of the vulnerable and marginalised population are affected by and the need to end their insurmountable suffering. The recommendations of these findings are being used by Government officials, Civil Society Organizations (CSOs), journalists, and activists to address the issues. By sharing a report about the poor quality of existing primary educations, partnerships have emerged which are dedicated to fighting for change and ensuring high-quality UPE.

The Centre’s advocacy initiatives have contributed significantly to the realisation of the founders’ dreams of a just and peaceful Uganda. Universal Primary Education has meant parents becoming more aware of their role in their children’s education – meeting their obligations by sending their children to school and footing their educational needs. In another bid to improve the quality of UPE, the Centre recruited community monitors and provided them with the tools to support teachers, improve the use of funds, and improve the attendance and performance of pupils.

PreviousSouth Sudan: When Life Can Be Beautiful
NextRepublic of Congo: Oil Does Not Flow for the Poor