Brazil: The Green Movement for the Amazon 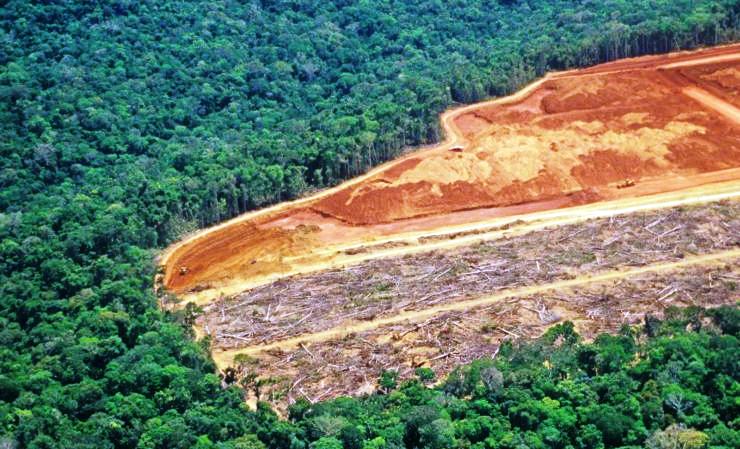 A Bishop fighting against the deforestation of the Brazilian Amazon. A hospital ship named in honour of Pope Francis to reach the remote areas along the rivers Amazon, Trobetas, Nhamundá, and Tapajós, where the indigenous people live. This is their story.

Thousands of trees are cut down every minute during the day, and transported to sawmills on big trucks at night. It is in the sawmills that illegal or ‘dirty’ wood with false certification gets mixed up with the legitimate industry. Europe and North America are the main purchasers of tropical timber – especially of IPE, a fine wood among the most expensive in the world (priced at 1,300 dollars per cubic metre).

Data released by the Brazilian Ministry of Development and Trade shows that 72 percent of the timber production is absorbed by Western markets, and sometimes purchasers are unaware of the illegal origin of the wood. However, some others are in the know.

After March 2013, it became a crime to sell illegal timber on EU markets, and all organisations affected by the regulation have to adopt practices to assure that the timber or timber products they trade and supply are legal. But some corrupt Brazilian officials get around the law by providing false certification. In August 2015, more than 30 officials and 19 businessmen were arrested in Brazil after an investigation revealed the widespread use of fraudulently obtained official documentation to launder illegal timber.

Timber exporters/owners Madeireira Iller were amongst those arrested, and were found to have been using fraudulently obtained documents to trade illegal timber. In defiance of their due diligence obligations under EU law, several importers in the EU bought Madeireira Iller timber in the course of the past year and a half; at least one of them apparently without even obtaining the required documentation to demonstrate the legal origin of the timber. Since 2014, Greenpeace has been denouncing the destruction of the forest and, by placing GPS trackers on illegal loggers, it was found that logging trucks drove deep into public woodland owned by the government, where no permission to log has been granted.

Bernardo Johannes Bahlmann is the Bishop of Òrbidos in northern Brazil, a diocese where deforestation is increasing dramatically. Illegal logging affects both the environment and the indigenous peoples, who are hired to raze down kilometres of forest and get paid very little.

“Many come here to exploit the poor. Five hundred and sixty indigenous groups live in this territory. They are the real victims of those who, for economic interests, decide to cut down trees without any concern for the environment and the people living in the area”, Bishop Bahlmann said.

He, along with other local organisations, is committed to support the population through the creation of a ‘green movement’ in order to reforest the Amazon and change the economy and mentality. “We do not want only to denounce abuses against the environment and the indigenous people; we also intend to create better future opportunities”, he added.

“The green movement involves other dioceses, Caritas, Repam (the Pan-Amazon Ecclesial Network), non-governmental organisations, the local and State government, the judiciary. Denouncing is not enough. We must overcome difficulties through dialogue.”

The Amazon forest provides one-fifth of the world’s fresh water and is one of the lungs of our planet; yet over the past six months, deforestation has dramatically increased. Forests are destroyed in order to make room for pastures and crops which are managed by Brazilian multinationals, often controlled by the relatives of the politicians who rule the country. These links explain the silence of many institutional representatives who are supposed to protect the Amazon and its peoples.

The threats of fazendeiros and grileiros should not be underestimated because big business is at stake. “Any of us who is committed to fight against the forest exploitation is at risk. Many have been threatened with death, even some nuns”, Monsignor Bahlmann says.

“We try to build dialogue even with firms’ owners, but it is not enough; the whole system should be changed. Westerners have their responsibilities too. Planting trees is not enough; the economic system and mentality must change too.”

Meanwhile, the project of a hospital ship is about to start. The hospital ship, which will be named in honour of Pope Francis, will be operative in 2017. The project has been promoted by the Franciscan Friars in the Providence of God, who have already established 60 hospitals, clinics and health centres which are operative throughout Brazil and Haiti. The project will be funded from the compensation for an environmental crime perpetrated by a major oil company. At the conclusion of the trial in Sao Paulo, the judge decided that compensation had to be intended for an ecological project. Therefore, the money will be used for the construction and maintenance of the hospital ship.