Oral Literature: Why Hare as a Split Lip 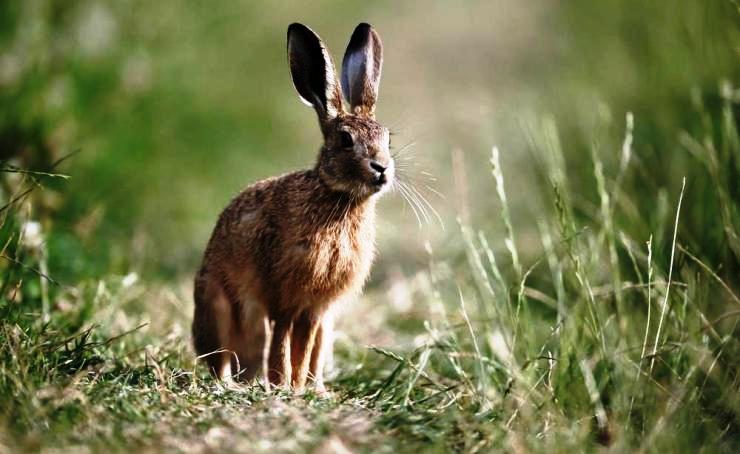 As Tortoise crept slowly along the well-worn track, gouged out of the hard earth by the tread of countless animals, the acrid smell of dust pervaded his nostrils. Pausing momentarily, Tortoise caught sight of the faint new moon in the pale early morning sky.

Tortoise continued on the dusty track while practising the message over and over again. But he was so slow undertaking his journey that by the time he reached his destination, he had forgotten the message.

Turning to the sky and noticing that the full moon was still visible, Tortoise said, “Moon, I have forgotten the message. You will need to give it to me again.”

Hare sprinted quickly through the dry terrain, hoping to deliver Moon’s message before the sun-scorched the land with its heat and sent animals in search of shade. But some succulent green shoots waylaid Hare and he also forgot the Moon’s message to the people of the earth.

The body of Hare trembled and he was too afraid to return to Moon with the news that like Tortoise, he, too, had forgotten his message. He tried to remember the words of the moon and repeated them over and over again to himself until he believed they were correct. Then he journeyed on towards the inhabitants of the earth.

But his thoughts were jumbled and he delivered these words, “The moon has a message. Unlike itself, you, the earth’s inhabitants, will die and not again return.”

When it came to the notice of the moon that Hare had jumbled the message and delivered it incorrectly, his anger could not be contained. Moonstruck Hare on the lip, causing a harelip, which has remained ever since.