Pope Francis: “Young people are the Hope and the Treasure of Mexico” 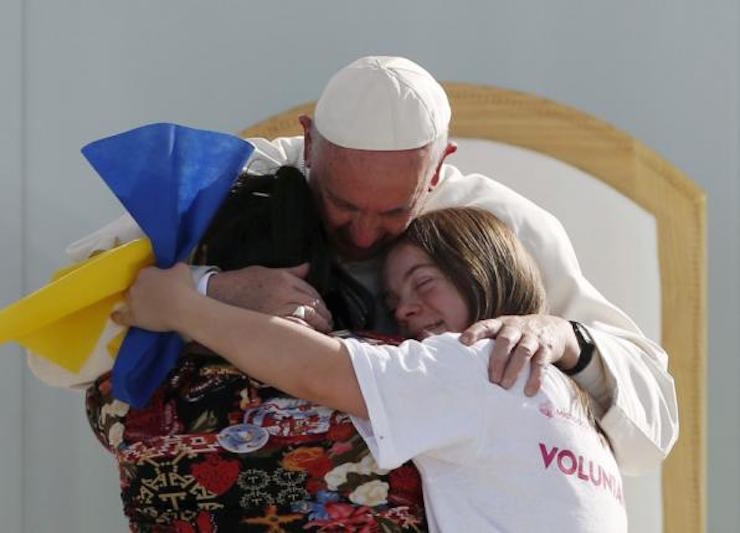 During last week’s Papal Visit to Mexico, Pope Francis shared his wisdom with those who had gathered to receive him: “Today the Lord continues to call you, he continues to draw you to him. He invites you to build a shrine. A shrine called ‘Nation’”.

A celebration of the Papal Visit attended by 50,000 young people in Moreila, in the state of Michoacán in central Mexico, featured choirs, dances, traditional costumes, a long banner with the image of a dove, and tens of thousands of multi-coloured handkerchiefs. When the Pope appeared, smiling and amused, he sang along with the young people to “Vive Jesus, el Senor“.

Pope Francis told the assembled faithful: “You are the wealth of Mexico”. But wealth must be turned into hope, he continued, and, “the biggest threats to hope are those words which devalue you, which make you feel second-rate. The biggest threat to hope is when you feel that you do not matter to anybody, or that that you have been left aside. It is hard to feel the wealth of a nation when there are no opportunities for dignified work, no possibilities for study or advancement, when you feel your rights are being trampled on, which then leads you to extreme situations”.

The Pope observed that, “in the family one learns closeness, solidarity; to share, to discern, to help bear the problems of others, to quarrel and argue, but to draw closer, hugging and kissing. The family is the first school in the nation. The family is the basic building block of a great nation”.

“Today the Lord continues to call you; he continues to draw you to him, just as he did with the Indian Juan Diego. He invites you to build a shrine. A shrine that is not a physical place but rather a community, a shrine called “Parish”, a shrine called, “Nation”. Being a community, a family, and knowing that we are citizens is one of the best antidotes to all that threatens us, because it makes us feel that we are a part of the great family of God”.

He urged young people to “be clever as serpents and humble as doves”. But he also cautioned them to be careful of the lure of the world: “the principal threat to hope is to allow yourself to believe that you begin to be valuable when you start wearing the right clothes, the latest brands and fashions, or when you enjoy prestige; [that you] are important because you have money; but in the depths of your heart you do not believe that you are worthy of kindness or love”.

PreviousSouth Sudan: No Compromise in Sight
NextPope Francis Visits Mexico “To Promote the Process of Rehabilitation”