Tanzania: The God of our Ancestors 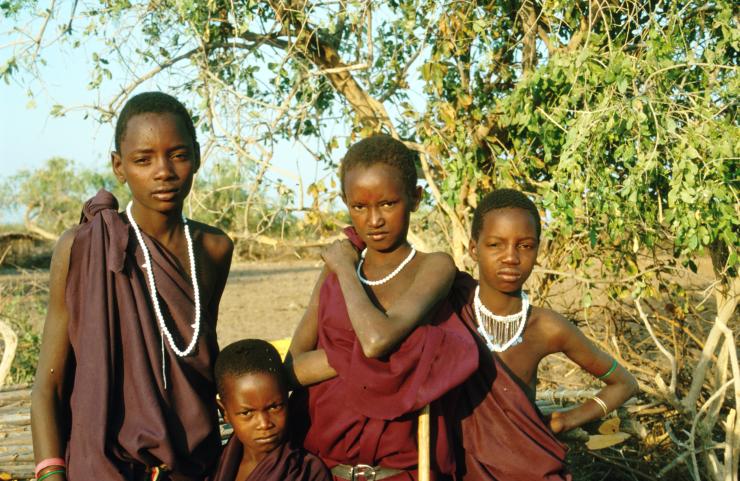 “It is important to realize who an ancestor is, and so understand how he can and will influence our lives.”

Mwanza and Shinyanga, two regions south of Lake Victoria in Tanzania, are home to the Sukuma people. Comprising about 17% of the population, the Sukuma are the largest ethnic group in Tanzania; and they are part of the largest Nyamwezi group of peoples. They value the traditions inherited from their ancestors to this day. They have a strong belief in God, whom they call Welero, and trust in their ancestors.

According to Sukuma thought, in the afterlife there are only two places: one for ancestral spirits and one for evil spirits. It is important to realise who one’s ancestor is to be able to understand how he can and will influence one’s life.

Welero has a master plan: that every human should grow to maturity and produce children before they die. So if a person dies after reaching maturity and leaves children, they may qualify to become an ancestor. However, if one dies prematurely without leaving children behind, this might be a sign of something gone awry: either there is witchcraft involved – and so a person might have died through no fault of their own – or the ancestral spirits were not pleased with the deceased’s way of life.

When a person dies young, and especially without offspring, the elders of the family consult witchdoctors about the cause, with due discretion. In addition, no one would name a child after that deceased relative, because this would invite trouble – the spirit of such a deceased person might try and enter the child and become a nuisance for the family. So unless there is reason to believe otherwise, a childless person cannot become an ancestor.

The second element taken into consideration is the quality of life. Only those who lead an exemplary life can become ancestors. This includes having a welcoming attitude towards others, promoting life in all its forms, and especially – this can be considered the highest value – to act as a bridge between Welero and the living.

The Sukuma are convinced that their prayers and petitions can never reach Welero directly, because he is very far from them. Prayers must be directed to God through the ancestors; and those who are able to act as a medium between the living and the ancestors are good and worthy people. That is why at a time of trouble such as infertility, famine, disease, and unexpected death, people go to witchdoctors, who know how to appease ancestors – who in turn intercede for the people. Ancestors are at the very heart of the traditional religion of the Sukuma people.

Those who act against the community, against God, or who lead a bad life in general, cannot aspire to become ancestors. Once they die, they will not be allowed to stay with the ancestors; and they will live away from God. Their spirits will keep on wandering, troubling people; making them sick and causing accidents.

Christianity introduced the idea of Saints as intercessors in faith; yet these remain distant to the Sukuma. The Sukuma believe that a blood relationship is important, indeed essential, for an ancestor to heed the prayers and petitions of the living. An elder who is a committed Catholic said to me that it is difficult to pray to European Saints, since they are distant and have no blood connection to him. One really needs to talk to ancestors who know the family, the environment, and the problems of daily life in the land of the Sukuma.

The need to communicate with people they are familiar with explains why many Sukuma wear bangles on their arms or at the waist. Each bangle contains a small piece of an umbilical cord: as the baby is connected to the mother by the umbilical cord, so the living person is connected to their ancestors through the same cord. That little piece of umbilical cord is a way to assure a connection with one’s ancestors. It is an amulet – or perhaps a relic – that assures people they are in the protecting hands of someone powerful.

To the foreigner, it might seem that the Sukuma pray to a wide pantheon of gods – something they strongly deny. The truth is much simpler: God has many names, each according to the action he performs in the lives of people. God is one; but he will be called by one name if he is to help fishermen, and by a different name if he is called on to support hunters in their quest for prey. There is a name for God when he is asked to intervene in a case of infertility, and a name for when the fields need to be blessed, and so forth. A chief of the Sukuma said: “We believe in one powerful God called Welero, meaning the Almighty. Traditionally, we do not pray directly to him, for he is very far from us. Instead, we pray to our ancestors, who in turn present our appeals to Him”.

PreviousEurope’s Bishops: “Lesbos as an example of hospitality towards migrants”
NextPeru: Earth Interwoven in the Soul