Thailand: The Christians of Chiang Mai 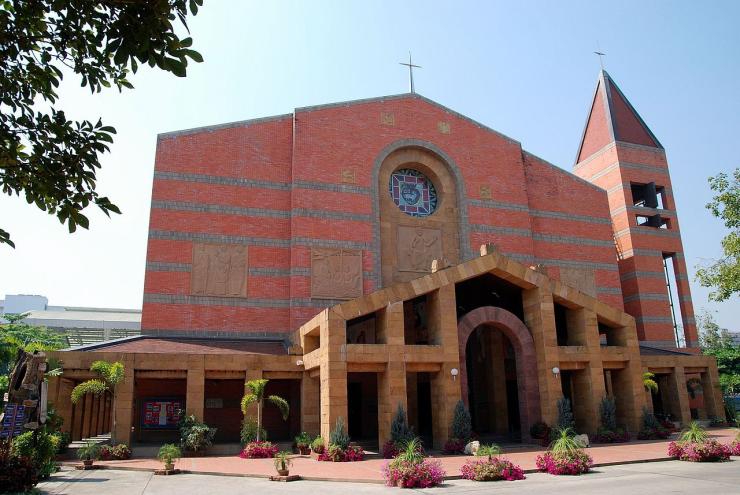 In the north of Thailand, a small Christian community proclaims its faith among the great majority of Buddhists. This is the testimony of Monsignor Francis Xavier Vira Arpondratana, Bishop of Chiang Mai.

The fifty-eight-year-old Bishop said: “Chiang Mai means ‘new city’ in the local language. It is the capital of the province with the same name in northern Thailand. It is situated about 700 km north of the capital Bangkok, in the most mountainous part of the country – on the banks of the river Ping, one of the main tributaries of the Chao Phraya.

“Ninety per cent of the Catholic population of Chiang Mai, about 60,000 people out of a population of 5.7 million is made up of mountain people of various tribes. These are known for the simplicity of their customs and their strong attachment to ancestral traditions and religious practices. They continually attend church prayers morning and evening.

“The diocese extends over 90,000 sq km and covers eight provinces. We have 40 parishes and about 500 chapels. In personnel, we have 27 local Priests, 57 local Sisters, 92 local religious men, and 145 foreign Sisters. An increase in numbers is a distinct possibility, since we have around 21,000 adult catechumens, mainly in the northern area on the border with Myanmar but we have only a few catechists.”

Within the Episcopal Conference, Monsignor Francis Xavier is responsible for catechesis. “Catechesis is something close to my heart and I have always tried to take care of it as best I could. Take for example the fruitful work among the Karen, a community of 400,000 people originally from Burma and open to Catholicism. 35,000 of them are already Catholic, and a further 2,000 want to be baptised Catholics.”

Monsignor Francis Xavier then turned his attention on the main work of the diocese. “Even though we have only a few local priests, the diocese of Chiang Mai is totally committed to the pastoral plan of the Church in Thailand which, in 2010, set out a five-year plan entitled ‘Discipleship, the pastoral care of the communities and our mission to share the Good News’. The theme chosen for 2011 was the family – a very difficult and delicate theme. We started with a complex situation, beginning with the idea of family among the traditional mountain people. In this matter, they tend to follow their own customs, which do not always coincide with those of the Catholic Church. This year, the theme the whole Church in Thailand is reflecting on is that of the youth. The aim is to coordinate the activities of the various parishes and communities by means of a visible sign: a cross that will be relayed from parish to parish.”

The Bishop stresses that, from 11th October, the activities of the youth coincide with the Year of Faith. “It is my intention to value, from this point of view, reflection on themes of general and not just ecclesial interest. It is good to have hymns and processions, these are already successful. I think it would be useful, for instance, to pay close attention to the papal message on justice and peace on the occasion of the World Day for Peace, 1st January 2013 – a message I translated into Thai.”

As regards the state of the youth in the diocese of Chiang Mai, the Bishop speaks of ‘a problematic situation’. He continues: “Think of the increasing spread of drugs in this area on the road to Myanmar, a phenomenon that strikes not only university students but even children in secondary schools! Alongside is the excessive use and abuse of alcohol with serious moral consequences.”

In Thailand, Catholics only constitute 0.5% of the population, and there is a large Buddhist majority (95%) and a good number of Muslims (4.5%). Dialogue with other religions is a challenge for the Church. “At the level of the diocese we have an ad hoc committee which meets regularly not only with Buddhist but also with Muslim leaders. Visits have been organised to Buddhist temples and Islamic Mosques. There is also a Jewish community in our territory. The feast of the King, for example, is an important occasion for different religions to collaborate. Overall, relations are good: among other things we work together to produce a regular series of radio programmes on religious themes. In our pastoral plan, we have a chapter entitled ‘Ecumenism, interreligious relations, and interculturation’. It encourages dialogue by showing that it is necessary to respect the values of each faith, to work for the ethical improvement of Thai society, and to value every opportunity to build positive relations with leaders of various communities. For the present, we must say that interchange takes place more on the human rather than theological or religious levels. The deep theme of the encounter is the person with their hopes, expectations, problems, struggles, and limits.”

Another theme the Bishop loves is that of the Small Christian Community. Monsignor Francis Xavier emphasised, “As pastors we realise more and more that our Christians need a greater familiarity with and understanding of the Word of God (we still don’t have a single-volume Bible in Thai), the sacraments, and the liturgy. Our Christians do not always clearly understand their mission to witness to their faith. In the coming years we need to work to improve these areas by working mostly with the Small Christian Communities and, on the social side, on our approach to families in need. This we are already doing, among other things, through the Credit Union – a diocesan-run bank that provides loans and collects funds, set up 40 years ago to help people in need. This commitment on many fronts does a lot to give the Church deeper roots in the national reality.”