Mexico: Sowiki, A Drink For Life 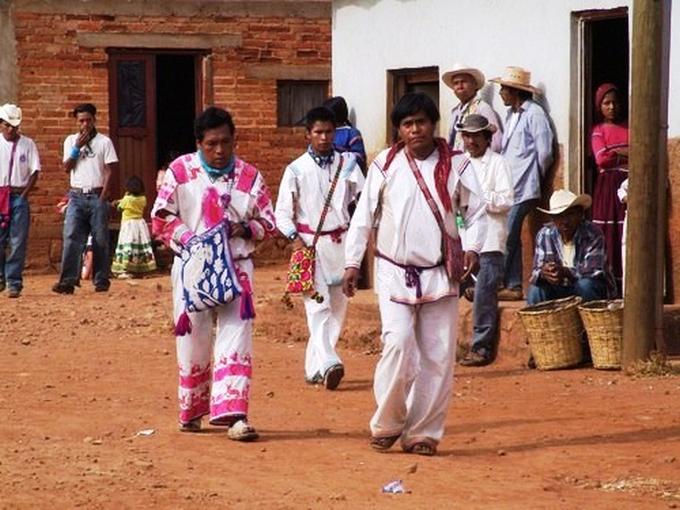 The Tarahumara people, who call themselves the Rarámuri, are one of the ethnic groups that inhabit the Sierra Tarahumara in the State of Chihuahua, Northern Mexico. This group keeps traditions alive through celebrations and in particular, through drink.

The Raramuri people have settled in the region for almost a thousand years, among the pines and above the canyons of northern Mexico’s Sierra Madre Occidental. They are small-scale farmers, mainly growing corn and keeping goats and cattle. Crops are grown in small pockets of soil and one household’s crops may be separated from one another by several miles. Settlements are usually loose, scattered clusters of households called ranchos, or rancherias.

Each family, therefore, lives in isolation, and visiting relatives often requires covering long distances and travelling far through rugged valleys. The way in which the tribe has been able to preserve their culture and traditions through isolation and resistance is incredible. One of this group’s traditions is the consumption and preparation of the sowiki, the Raramuri’s traditional drink.

Sowiki is a high protein fermented corn drink with low alcohol content (4%). Corn kernels are cleaned and soaked in water for two days, then the wet corn is strained and wrapped in a cotton cloth and placed, protected from the sun light, next to a chimney so that it can germinate. After sprouting, it is ground in order to obtain corn paste, which is then mixed with boiling water and left to cook for 10 to 12 hours.

Once the preparation cools down, it is strained and poured into tesgüineras pots, which are clay pots made especially for sowiki. The addition of a local grass basiáwari helps the mixture to ferment. Finally, the pots are covered with a clean cloth, a wari, and the drink is left to sit for two to three 3 days until it is fermented. The entire sowiki preparation takes between seven to ten days of work and is out by the Raramuri women. The drink must be ready for the day of the feast, when the pots are uncovered and are offered to the Father, to Onorúame.

Sowiki for Labour and Cheerfulness

Sowiki Inizio modulois is of overwhelming importance to the Tarahumara, in a large part because of the nature of their settlement system. Sowiki parties provide a way of bringing the people from scattered ranchos together for social events. The consumption of this drink, therefore, represents a break to the usual isolation which the Tarahumara families are accustomed to.

The most common justification for holding a sowiki party is for cooperative labour or a curing ceremony. If a man needs help with agricultural work, building a house, or some another labour-intensive task, he will invite certain nearby households to come and help, in return for providing them with sowiki. The drink is also connected with several other significant events such as birth, marriage, death and harvest.

At these gatherings, the Tarahumara forge important relationships with one another through joking and trading. Whether the gathering is to talk about the farming cycle, festivities or shared work for the community, from birth to the grave sowiki accompanies the Tarahumara. Among the Raramuri, Sowiki is believed to be a gift from the Father, Onorúame, and acts as a fuel that enhances communication, integration and exchange. The sowiki consumption encourages meetings, support, the overcoming of the barriers of distance and marks the recognition of a shared identity.

The celebrations accompanied by the consumption of sowiki, are social institutions among the Tarahumara. During the sowiki parties, the silence of the Sierra is replaced by songs and music, and hte previous isolation is interrupted to enhance the partnership spirit. Sowiki is a drink for life, for labour, cures, births and deaths. Since the earliest times of the Rarámuri settlement in the Sierra Tarahumara, the preparation and consumption of this drink has been essential for the preservation of the group’s traditions.

It is a traditions which is there to stay, despite the settlements of new groups in the region and the globalisation increasingly rife in this century. In recent decades however, the levels of alcoholism have increased alarmingly among the Tarahumara population. This is due to the introduction of commercial alcoholic drinks which do not have any traditional meaning and value and whose high consumption has brought consequences which have not yet been dealt with.

Oral Literature: the Hare, the Hippo and the Fire

Corporate Responsibility in times of COVID-19